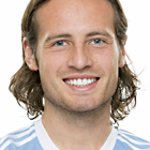 This week, the United Nations Foundation's Nothing But Nets campaign announced a new Champion in the fight against malaria.

Professional soccer player Mix Diskerud has joined the campaign, committing to donate 20 life-saving anti-malaria bed nets for every goal he makes during the Major League Soccer regular season and during U.S. Men’s National Team games. In addition, he’ll donate 10 nets for every assist and $5 for each hat sold from his online company, MixLids.

Every two minutes, a child dies from malaria. Nothing But Nets works closely with its UN partners across sub-Saharan Africa to ensure vulnerable populations including children, refugees, and families displaced by conflict are protected from this deadly disease.

“Soccer is all about finding the back of the net, but there are nets in another part of the world that mean the difference between life and death,” said Diskerud. “I’m proud to team up with Nothing But Nets to protect families from malaria.”

Diskerud joins a team of professional and Olympic athletes who all support the Nothing But Nets campaign, raising awareness and funds to help fight malaria. He first learned of the campaign through its partnership with Athletes For Hope, a nonprofit organization that inspires, educates, and connects athletes to charitable causes throughout the world. MLS WORKS, Major League Soccer’s community outreach initiative, is a founding partner of Nothing But Nets, and encourages players, teams, and fans to get involved.

“Sports are part of our campaign’s DNA, and they are how so many of our supporters connect with our mission of fighting malaria,” said Margaret Reilly McDonnell, Director of Nothing But Nets. “As part of our family of athlete Champions, Mix Diskerud will advocate and raise awareness to help us protect those most vulnerable to this preventable disease.”

Today, there are more than 50 million refugees and families displaced by violence around the world – and 60 percent of them live in areas where malaria is transmitted. Malaria is a major threat to refugees – it is a leading cause of illness and death in many African countries, including those where Nothing But Nets and its UN partners work. Last year, the campaign launched The Million Nets Pledge to protect refugee families from malaria with one million nets by 2016. This ambitious two-year goal aims to raise $10 million to protect vulnerable people fleeing violence, particularly in Central Africa.

Now in its tenth year, the Nothing But Nets campaign boasts hundreds of thousands of supporters – from students to athletes to entertainers – who all help to protect families on another continent from the threat of malaria. Fans can get involved to help Mix and Nothing But Nets in the fight against this deadly disease. Visit NothingButNets.net/Mix to send a net and help save a live, or MixLids.com to purchase a hat.

The United Nations Foundation's Shot@Life campaign announces Jo Frost, global parenting expert and best-selling author, as an official ambassador to the campaign which works to give all the world’s children access to lifesaving vaccines. More →