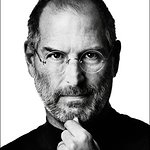 Here’s your chance to own the computer that sparked the revolution in home computing!

A new online auction is giving you the opportunity to bid on “Celebration” Apple-1, an original Apple-1 pre-NTI board that has many unique features, period correct power supply, original Apple-1 ACI cassette board (also populated with Robinson Nugent sockets), early Apple-1 BASIC cassettes, original marketing material, and the most complete documentation set of the known Apple-1 boards.

The “Celebration” Apple-1 is extremely rare not only because of the scarcity of Apple-1 computers, but according to Steve Wozniak, co-founder of Apple Computer, no known PCB boards of this type were ever sold to the public. At this time, this is the only known Apple-1 to show the signs of starting out as a blank original-run board and not part of the two known production runs, so this board appears to be unique from all other known Apple-1 boards.

The Apple-1 Computer is considered the origin of the personal computer revolution and was built in Steve Jobs' parents’ home on Crist Drive in Los Altos, CA. 200 were hand-built by Steve Wozniak, but it is believed that less than 60 are still in existence.

Proceeds from the auction will go to the Leukemia & Lymphoma Society.

To find out more about this auction, click here.

The Leukemia & Lymphoma Society’s (LLS) is proud to announce its 16th consecutive year of partnership with Burlington Stores, the national off-price retailer. More →