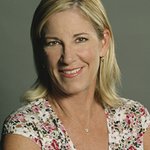 The 2008 Chris Evert/Raymond James Pro-Celebrity Tennis Classic was held at the Delray Beach Tennis Center, November 1-2nd, and once again proved to be a raging success – so much so, that tennis legend Chris Evert has now raised close to $20 million for charities!

“What these treatment centers do is they get these women or men back into the mainstream of life, back on track, whether they’re gonna work, whether they want to go to school, whether they want to be great parents, whatever, it gets them back into mainstream of living,” says Evert. “Circumstances in life sometimes get you to a very low and a lot of people in the world, that’s how they reacted by turning to drugs and its not something that you should look down on and snub, it can happen to anybody.”

Chris Evert Charities partners with The Ounce of Prevention Fund of Florida, a public -private partnership administered with the State of Florida, to raise money for needy programs which otherwise would not be fully-funded by the State. The Ounce of Prevention Fund matches moneys raised through the Chris Evert/Bank of America Pro-Celebrity Tennis Classic.