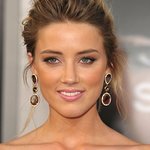 Amber Heard is no longer married to Johnny Depp. The two settled out of court, and she received a $7 million divorce settlement. In what many are seeing as a surprise move of generosity, a power move to take back the narrative, Ms. Heard had donated the entire amount of her settlement to charity.

Heard has split her settlement in two, donating half to towards American Civil Liberties Union's (ACLU) efforts to battle violence against women and the other half to the Children's Hospital Los Angeles, where she’s volunteered for a decade.

Both the ACLU and Children’s Hospital have issued statements thanking Ms. Heard for her donations. “We are incredibly grateful that Ms. Heard has so very generously shown her support for the important and necessary advocacy for victims of domestic violence,” said Anthony D. Romero, executive director of the ACLU. “For years, we have worked through the courts and legislatures around the country to make sure that domestic violence victims are fully protected by the law and receive the government assistance they deserve. We could not be more thankful for Ms. Heard’s support – she can be confident that this gift will help other women live safely and freely.”

Doubts circulated about Heard’s claims from the minute she made them, and many accused her making these claims to make money. Heard insisted from the start that she did not start this legal battle for money. “As described in the restraining order and divorce settlement, money played no role for me personally and never has, except to the extent that I could donate it to charity and, in doing so, hopefully help those less able to defend themselves,” she said in a statement. Heard’s actions were swift, and she gave the large sum away two days after her divorce was final.