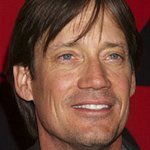 The successful event raised funds for Sorbo’s charity, A World Fit For Kids!, which is the leading nonprofit provider of after-school physical activity and youth leadership programs in California.

Sorbo is a well known ‘celebrity golfer’ and acts as the official spokesperson and chair emeritus for WFIT. His charitable efforts have helped many, many children over the past 11 years. Earlier this year he talked to Look To The Stars about his charity work.