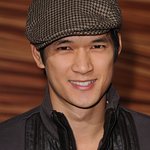 The Foundation has paired individuals who are affected by a retinal degenerative disease with celebrities, including Glee’s Harry Shum Jr., Diane Guerrero of Orange is the New Black and Justin Baldoni of Jane the Virgin, to demonstrate the difficulty in performing everyday tasks with vision impairment or loss. Other campaign ambassadors will include NASCAR drivers Darrell Waltrip and Dale Earnhardt, Jr.; former New York Governor David Patterson and basketball great Phil Ford.

More than 10 million Americans and millions more worldwide are affected by retinal degenerative diseases – those that cause vision loss – including age-related macular degeneration, retinitis pigmentosa and Usher syndrome. Yet blindness is far more broadly impactful – a recent study from JAMA Ophthalmology showed Americans rank losing eyesight as the worst thing that could happen to them when ranked against other conditions including loss of a limb, memory, hearing or speech.

“We’re thrilled that so many leaders from the entertainment, sports and business community are joining us in taking the blindfold challenge,” said Bill Schmidt, chief executive officer at Foundation Fighting Blindness. “We hope it will give people a better understanding of what it is like to live with a blinding disease and ultimately inspire them to join us in the fight to find a cure.”

The public is encouraged to get involved by clicking here to learn more about retinal degenerative diseases and make a donation. Individuals can also take the #HowEyeSeeIt blindfold challenge by creating a short video of themselves participating in an activity they love while blindfolded and sharing on their social media channels with the campaign hashtag #HowEyeSeeIt, tagging three friends to participate as well. The campaign will conclude on World Sight Day, October 13, 2016.

“This campaign is personal for me and I am excited to be a part of it,” said campaign ambassador Christine Ha, the first blind contestant of MasterChef and winner of its third season in 2012. “I hope by sharing my story and what I’ve been able to accomplish will not only raise awareness and erase stigmas about diseases causing vision loss, but also give hope to those who are affected.”

Partners in the campaign include MSNBC, Huffington Post, BounceX, Athletes For Hope, Dose, Little Things, The Skimm, Outfront Media, and the U.S. Association of Blind Athletes.

Kevin McHale and Harry Shum Jr. from Glee have a secret video for you