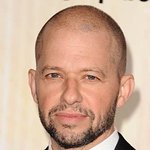 The annual fundraiser sees hundreds of inspirational children, many using wheelchairs or walking aids, and their families, leading teams on a 5k Walk & Roll around Griffith Park to raise awareness and promote the need for inclusive play and social inclusion for children with disabilities. Scott Williams, Shane’s Inspiration Co-founder and Executive Producer of the hit series “NCIS”, will emcee the event.

Price: Participation in the Walk & Roll is free – just get sponsors here. Fee for 5k/10k Trail Run is $35/$40 through Active. Trail Run is chip-timed.

Shane’s Inspiration is dedicated to creating inclusive playgrounds and educational programs that foster a bias free world for children with disabilities. Scott and his wife Catherine Curry-Williams founded the organization in memory of their son Shane, who passed away in infancy from Spinal Muscular Atrophy. Realizing that their son would have spent his life in a wheelchair with a disability that would have prevented him from playing on a playground with other children, the Williams decided to create the first fully inclusive playground in the western United States as a tribute to their son.