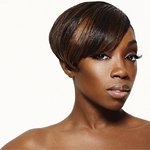 Dream Foundation will host its 15th Annual Gala, Dreamland, on November 5th at the Bacara Resort & Spa in Santa Barbara in an effort to raise awareness about the Foundation’s mission to fulfill the end-of-life Dreams of terminally-ill adults that offer inspiration, comfort, and closure.

The vital funds raised will allow the organization to maintain its history of never turning down a qualified Dream applicant, a record it has maintained since its inception.

The evening will honor special guests, Dreamers Jonathan White and Daniella Dominic Enriquez, who will share their Dream stories.

Jonathan, 36, a music lover from Brooklyn, NY, has worked with wood since the age of 13, now an experienced cabinet maker. He has always Dreamed of making his own lasting contribution to music by building a guitar. His request was for a guitar side-bending machine, which would allow him to craft acoustic guitars and would bring his Dream to life. On behalf of Dream Foundation, Jonathan was presented his own bending machine by world-renowned guitar craftsman and luthier, Roger Sadowsky, at Sadowsky’s workshop in Long Island City, NY. Also donated to Jonathan was a guitar making kit by Stewart-MacDonald. Sadowsky spent the afternoon mentoring Jonathan on the art of guitar making to both of their delight. Jonathan, his wife Olga, and their 4 week old daughter, Ophelia will attend the Gala on Saturday to share their story. Jonathan plans to craft a guitar as a lasting memory for his 14-year-old son.

Daniella, 21, who until her terminal diagnosis was pursing her education at the University of Tennessee, wrote to Dream Foundation about visiting her family in California. “This is something that would allow me to spend precious time with my family,” Daniella said. “It would offer me and my family a great deal of peace and comfort.” In June, Dream Foundation flew Daniella to California to embrace her family one last time. Daniella will also attend the Gala and share her touching story.

The evening will include a one of a kind performance by Quixotic; an experimental product that happens when technology, live music, contemporary dance, and Cirque du Soleil arts come together. Classically trained floor and aerial performers, including former Cirque du Soleil puppeteer, Eros Biox, will interact with visual effects, award-winning live musicians, and responsive environment action to create a multi-sensory experience. Its fusion of visuals and breathtaking manipulation of light and rhythm transcends language and makes this collective of artists a favorite among audiences around the world.

Highlighting the celebration will be Grammy Award-winning artist, Estelle. This London born musician is most well known for her electric mix of various musical genres. She has collaborated with some of the biggest names in the business including David Guetta, John Legend, Robin Thicke, and Kanye West on “American Boy” for which she was awarded a Grammy Award for Best Rap/Song Collaboration as well as being nominated for Song of the Year. In addition to music, Estelle founded All of Me, an organization that focuses on educating and expanding horizons of young people through college scholarships and volunteer opportunities abroad. Dream Foundation is thrilled to have her perform on their special night.

Following the Gala, Generation Dream will host an exclusive after-party with world-renowned DJ, Chris Cox where guests will dance the night away while sipping on Patron Tequila and Beau Joie Champagne.

“We are eternally grateful to our local community and those across the nation that continue to bring thousands of Dreams to life each year with their support, time, and resources,” says Dream Foundation’s Chief Executive Officer, Kisa Heyer. “Dreamland will be an opportunity to share our successes, our Dream stories, and raise vital funds in an effort to fulfill more Dreams for those mothers, brothers, veterans, and families.”

Dream Foundation will host Dreamland, its 16th Annual Gala, on November 18th at The Ritz-Carlton Bacara, to raise awareness about its mission to fulfill the end-of-life Dreams of terminally-ill adults. More →