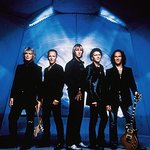 Def Leppard guitarist Vivian Campbell will bring a little bit of rock to the sports field this weekend when he takes part in a celebrity soccer match.

Campbell will be part of a music industry team set to take on Hollywood United, a team made up of Hollywood celebrities such as Without A Trace’s Anthony LaPaglia. He will join Billy Duffy from The Cult and Christian Olde Wolbers from Fear Factory and many others this Saturday, November 22, at the Home Depot Center, Field 5, in Anaheim, California. Kick-off is at 3:00 p.m. Proceeds from the game will go to assist in raising funds for the victims of Hurricane Ike.

“I used to play semi-pro soccer for Germinal Ekeren when I grew up in Belgium before I became an axe-slinger,” said Olde Wolbers. "I was a goalie and soccer was my first passion. I always wanted to go pro and my dream of playing for a first-division team was granted until the coach noticed my first tattoo and the longer hair because I started to like metal and I got suspended. That’s when I started playing music more and decided I wanted to be in a band.

“So this Saturday we are playing with Hollywood United, which is owned by the legendary Steve Jones from the Sex Pistols and some of my favorite actors, world-class soccer players from around the world and artists. We are playing for charity to help the hurricane victims in Houston, Texas.

“It feels amazing to live my childhood dream again while helping out and giving some time… ‘The greatest gift is giving someone your time.’

“So come down to the Home Depot Center this Saturday and support for a good cause.”

More information can be found at the Hollywood United website. 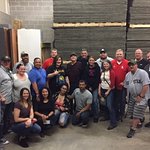