Kathy Freston To Be Honored With Vegan Of The Year Award 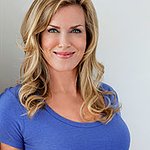 The announcement was made today by LCA Founder and President, Chris DeRose .

Past recipients of the “Vegan of the Year” award include Pamela Anderson, Alexandra Paul ( Baywatch ), and Phil Collen (Def Leppard).

This year’s gala will focus on LCA’s efforts to support the rangers at Africa’s Virunga National Park and its’ critically endangered mountain gorilla population. Defending the park and its inhabitants from poachers, militants, and environmental exploitation is an on-going battle for Virunga’s park rangers who risk their lives daily to protect part of the 900 mountain gorillas remaining in the wild.

Freston, an author, wellness expert and vegan activist, skyrocketed to fame with four consecutive New York Times bestsellers: " THE LEAN: A Revolutionary (and Simple!) 30-Day Plan for Healthy Lasting Weight Loss ", " Veganist ", " Quantum Wellness ", and " The One ". Freston’s latest book, " The Book of Veganish: The Ultimate Guide To Easing Into A Plant-Based, Cruelty-Free, Awesomely Delicious Way To Eat — with 70 Easy Recipes Anyone Can Make ", co-authored with Rachel Cohn, is set for release on Aug. 30, 2016, and is published by Penguin Random House.

Freston’s work promotes a body/mind/soul approach to health and happiness, and centers around a plant-based diet for physical, environmental, and ethical reasons. She believes in “leaning in” to change and cites the proven benefits of “progress, not perfection”. A media favorite, she has appeared on Ellen , Dr. Oz , Good Morning America , Charlie Rose , and The Oprah Winfrey Show . Freston’s work has been featured in Vanity Fair, Harper’s Bazaar, Self, W, and Fitness Magazine. She’s also a regular contributor to the Huffington Post .

Last Chance for Animals (LCA) is a non-profit organization dedicated to eliminating animal exploitation through education, investigations, legislation, and public awareness campaigns. Since its formation in 1984, LCA has succeeded as one of the nation’s pioneer animal advocacy groups. LCA’s educational and public outreach programs have empowered the public to make positive changes for animals in their communities. For more information, please click here.

Last Chance for Animals (LCA), an international animal rights organization, today announced its Compassion Gala honoring notable animal activists will be held on the evening of October 15, 2022 at The Beverly Hilton in Beverly Hills, CA. More →