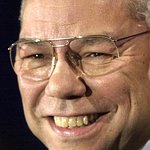 Powell has devoted his life to public service for more than 50 years, serving as the 65th secretary of state under President George W. Bush from 2001-2005; chairman of the Joint Chiefs of Staff for Presidents George H.W. Bush and Bill Clinton from 1989-1993; and national security advisor for President Ronald Reagan from 1987-1989. Powell currently chairs the board of visitors of the Colin Powell School for Civic and Global Leadership at the City College of New York.

NAPE is the oil and gas industry’s marketplace for the buying, selling and trading of prospects and producing properties. At three expos throughout the year, NAPE creates an environment where attendees can have an expectation of doing business, bringing together all the necessary parties to evaluate, fund and make deals. NAPE Week 2017 is expected to draw 10,000 E&P dealmakers from more than 35 countries.

Registration is now open for NAPE Summit 2017. Those interested in attending or exhibiting at NAPE Summit can find more information and register at www.napeexpo.com. Attendees who register by December 30, 2016, will receive priority pricing.

Capital Concerts announced today a special presentation of the NATIONAL MEMORIAL DAY CONCERT on PBS, hosted by Tony Award-winner Joe Mantegna and Emmy Award-winner Gary Sinise with new performances and tributes filmed around the country honoring all of our American heroes. More →