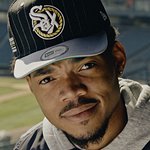 The Youth & College division of the National Association for the Advancement of Colored People (NAACP) is hosting a gathering of youth activists next month to organize and plan how to respond to new civil rights threats expected under a new administration and congress in 2017.

Leaders of the youth wing of the civil right organization, along with partners in Justice League New York and the Empowerment Movement will join together at the “People’s Inauguration” rally at Howard University in Washington, D.C. on Saturday, January 21 at 9 a.m. Grammy-nominated artist Chance the Rapper is scheduled to appear as a guest speaker.

The rally will re-unite allies and partners who helped register thousands of new and young voters during the 2016 election with the goal to launch a new era of activism and protest against potential threats from the presidency of Donald J. Trump. During the meeting, attendees will begin collaborating to unite together and stand for a progressive policy agenda in the coming months and years.

“We are faced with a moral and ethical crisis during this critical time in our nation’s history after the election of Donald J. Trump,’ said Stephen Green, director of the NAACP Youth & College Division. “This moment calls for young leaders to gather together and develop a strategy to protect the human and civil rights of all Americans through nonviolent resistance.”

The new initiative, called #StayWokeAndFight, will involve direct actions, protests and other activism to oppose threats to civil rights, education investment, criminal justice reform and other areas of concern posed by the incoming administration that takes office the day before the rally.

Organizers also plan to host a “People’s Inaugural Ball” on Jan. 20. Registration is currently open online for individuals and groups to join and attend at www.staywokeandfight.com.