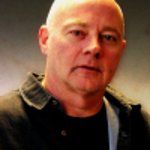 “With thousands of members of the Armed Forces returning from Iraq and Afghanistan, the number of soldiers suffering from post-traumatic stress disorder (PTSD) is rising dramatically,” wrote McNab, who became a bestselling author after writing Bravo Two Zero in 1993. "I served in the British Army for 18 years: eight as an infantry solider, and 10 in the SAS. I have been captured and tortured as a prisoner of war in Iraq. I have been placed against a wall for a mock execution. I have stood beside friends as they have been shot or blown up in the mud. I don’t think I suffer from PTSD, but I am very aware that I probably just got lucky.

“I’m a patron of Help for Heroes. We do a lot to help the physical wellbeing of injured soldiers, and we also work alongside the charity Combat Stress. But we need a lot more help if we are even going to begin to treat this condition properly. Combat Stress says it takes an average of 14 years before someone approaches its charity for help. And they usually do that only when their lives have already fallen apart."

Combat Stress was set up over 80 years ago, and has provided over 75,000 veterans of war with a unique lifeline. Currently, they take on 700 new veterans every year, the youngest in their early twenties, the oldest in their nineties. They provide stays at treatment facilities, psychiatric support, and also occupational therapy to help veterans rebuild their lives and provide a break for their families.

“There is a mental health crisis facing those who have served our country,” wrote McNab. “We need to act now, before we discover in another decade that more soldiers have killed themselves since returning from Iraq and Afghanistan than were killed there in action. Our veterans deserve our help, our understanding and a whole lot of respect. And what’s more, they need it now.”

For more information on Combat Stress, visit their website. McNab’s full column can be found at The Telegraph. 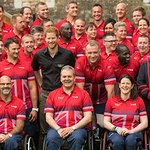