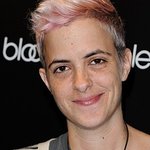 The ASPCA (The American Society for the Prevention of Cruelty to Animals) announced it will honor longtime Board Member and supporter Linda Lloyd Lambert at the annual ASPCA Bergh Ball on April 20, 2017 at The Plaza Hotel (770 Fifth Ave.).

Acclaimed fashion designer Isaac Mizrahi will serve as Master of Ceremonies, and Samantha Ronson will DJ throughout the evening.

At the black-tie gala – which will celebrate its 20th anniversary – Lambert will receive the ASPCA Henry Bergh Award. Named after the ASPCA’s founder, the Henry Bergh Award honors individuals who exemplify outstanding and unwavering dedication to animals in need, in the spirit of Bergh himself.

“Linda Lambert is one of the strongest and most committed voices for animals in need. Her contributions have saved countless lives, and also created a standard of compassion and dedication that has inspired many others to support this work,” said ASPCA President & CEO Matt Bershadker. “Linda conceived the Bergh Ball two decades ago, so it’s only fitting we choose this 20th anniversary event to honor her lifelong devotion to helping at-risk animals. She has always been their champion, and the animals deserve nothing less.”

The Bergh Ball is a cornerstone of the ASPCA’s fundraising efforts to directly impact the lives of homeless, abused and vulnerable animals across the country. Sotheby’s senior auctioneer C. Hugh Hildesly will host the live auction portion of the evening, which will feature several high-end items and experiences.

The evening’s celebration will also take place at the ASPCA After Dark party, a cocktail event featuring music by The Misshapes and a silent auction for young professional supporters of the ASPCA. The highly anticipated party – taking place alongside the Bergh Ball – will allow guests attending the Bergh Ball to join After Dark following the event. Formerly known as Young Friends, the event has been attended by notable figures including Irina Shayk, Josh Lucas, Katie Lee Joel, Brooklyn Decker, Lake Bell, Georgina Bloomberg, Dylan Lauren, Lo Bosworth and Maria Menounos. The After Dark event is supported by Bandier, and décor will be provided by David Beahm Experiences.

For 150 years, the ASPCA has made groundbreaking strides to protect the lives of vulnerable animals across the country. Through adoptions, animal health services, community outreach, field investigations, and legislative work, the ASPCA has helped countless animals live safer, healthier and happier lives.

For more information about the 2017 Bergh Ball or After Dark, visit www.aspca.org/BerghBall or www.aspca.org/AfterDark. You can join the conversation on social media by tagging @ASPCA on Facebook, Twitter, and Instagram, and by using #BerghBall and #ASPCAAfterDark.