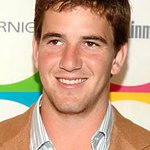 The event is March of Dimes largest annual fundraising event.

“It is an honor to support the important work March of Dimes is doing to help give every baby a fighting chance,” said Manning, who has served as Celebrity Chair of the NYC event for the past nine years. “March for Babies gives everyone in our community the chance to support and make a difference in the lives of millions of babies.”

“We are excited to have Eli supporting March for Babies again this year,” said Rob Kindler, Vice Chairman & Global Head of Mergers & Acquisitions for Morgan Stanley, who serves as the 2017 March for Babies Revenue Chairman. “He is a champion for the babies and his partnership has been invaluable to the March for Babies Campaign here in New York City.” March for Babies 2017 is expected to raise $2 million.

Manning will be joined by thousands of New Yorkers on Sunday, April 30. The Manhattan walk is 3 miles; starting at the Lincoln Center Area and finishing at 26th St. and Lexington Ave. Registration opens at 8:30 a.m. and the walk steps off at 10 a.m. For more information and to register, visit marchforbabies.org or call 1-888-310-6856.

The March of Dimes is the leading nonprofit organization for pregnancy and baby health. For more than 75 years, moms and babies have benefited from March of Dimes research, education, vaccines, and breakthroughs.