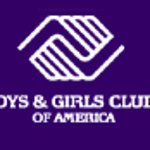 WWE has announced the launch of this year’s Superstars for Hope, a global online fundraising campaign with Prizeo, that will give one lucky winner the Ultimate WrestleMania 34 Experience in New Orleans with proceeds benefiting Boys & Girls Clubs of America.

“For the second year in a row, WWE’s ‘Superstars for Hope’ campaign will support Boys & Girls Clubs of America to further enhance their efforts to enable young people to reach their full potential,” said Stephanie McMahon, WWE Chief Brand Officer. “WWE is committed to using the power of our brand to give back and leave a lasting impact on local communities.”

“Boys & Girls Clubs of America is honored to receive support from WWE’s Superstars for Hope campaign,” said Frank Sanchez, National Vice President, Business & Community Affairs. “WWE and Boys & Girls Clubs of America have formed a tremendous partnership where together we provide Club kids all across the U.S. with the tools and skills to eradicate bullying in their communities. We are thankful to have a partner like WWE that cares so deeply about America’s youth.”

Fans can click here now through Friday, April 21, to donate for their chance to win.

Shaquille O'Neal has teamed up with the Boys & Girls Clubs of America for a sweepstakes opportunity for one lucky fan to play HORSE. More →