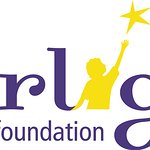 Starlight Children's Foundation, a leading charity for 35 years, today announces the launch of Starlight Virtual Reality as a groundbreaking new program that will entertain, educate and inspire the imagination of thousands of hospitalized young patients across the US.

Star Wars: Force for Change is the program’s Founding Sponsor with additional funding from Niagara Cares and VR technology powered by Google. The program will roll out in late 2017 and Starlight will start distributing the program to Starlight’s network of children’s hospitals and other health facilities across the US.

Imagine being stuck in the hospital for days, weeks or even months. Now imagine transforming into a Star Wars character and being transported to a galaxy far, far away using the magic of virtual reality. This experience, and many others powered by Google, will soon be possible thanks to Star Wars: Force for Change, an initiative from Lucasfilm that harnesses the power of Star Wars to empower and improve the lives of children around the world. Lucasfilm’s parent organization, The Walt Disney Company, is a longtime supporter of children’s hospitals and of Starlight Children’s Foundation.

“We’re excited to announce the launch of Starlight VR which we believe will be a game-changer in the pediatric health care space,” said Chris Helfrich, CEO of Starlight Children’s Foundation. “We’re excited to have Lucasfilm and Disney, Google and Niagara Cares alongside us as we harness the power of virtual reality to bring more smiles to hospitalized kids when and where they need it most.”

“At Lucasfilm and ILMxLAB, we strive to make the impossible, possible and to deliver stories that inspire and entertain,” said Vicki Dobbs Beck, Executive in Charge, ILMxLab. “We are honored to use our immersive storytelling to spark children’s imaginations during the hospital stay.”
“We’re thrilled to support this Starlight program and use our virtual reality technology for good in hospitals around the United States,” said Amit Singh, Vice President, Virtual Reality at Google.

Star Wars: Force for Change, through Disney, is providing a generous grant to Starlight that will fund the placement of up to 270 Starlight VR headsets and equipment in hospitals across the US. Additionally, Lucasfilm will be providing, Star Wars-themed content for the program. The grant will also support the delivery of Starlight Brave Gowns and Starlight Star Visits. The new collaboration with Star Wars: Force for Change officially launched today with a special event at Florida Hospital for Children in Orlando, just ahead of Star Wars Celebration, April 13 – 16.

A significant grant from Niagara Cares, a philanthropic program of Niagara Bottling, will fund research and development for Starlight VR, as well as impact reporting to inform future program enhancements and usage recommendations.

Starlight VR will be a physical program geared toward entertainment and distraction purposes for use with children. In addition to the exclusive Star Wars VR content, the program will incorporate many of Google’s VR technologies, including: Google Expeditions, virtual field trips to the world’s most amazing places for children over the age of 7, as well as Daydream, Google Earth VR, and Tilt Brush for children over the age of 13. Starlight VR will be stored in a hygienic, user-friendly encasement that can easily move throughout a hospital in a secure mobile storage unit, and will also include a stationary, fully interactive VR experience.

Starlight Children's Foundation, the organization dedicated to delivering happiness to seriously ill children and their families, announced today the launch of its second annual Stream For Starlight (S4S). More →