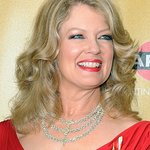 The 2017 YWCA Greater Los Angeles’ Phenomenal Woman Awards last week saluted four powerful Southland women as “who have worked to empower underserved girls and young women to shatter their glass ceilings to achieve the victory of fulfilled lives and careers” in the words of YWCA Greater Los Angeles President and CEO and Faye Washington, co-keynote speaker for the event with Congresswoman Lucille Roybal-Allard.

Deborah Borda, who received the 2017 Phenomenal Woman of the Year award, is considered one of the most successful arts leaders in the country: from overseeing the opening of the iconic Disney Hall, growing the orchestra’s endowment to $255 million and making it the most financially secure in the country, to bringing the incandescent Dudamel and the Youth Orchestra (YOLA) to LA.

CBS2 Anchor, Pat Harvey, received the first Bonnie Tiegel Angel Award for continuing the proud tradition of Bonnie Tiegel, a champion in the Campaign to End Human Trafficking. Pat’s advocacy for children, special-needs, education and victims of domestic violence exemplified that of those in the media who give their voice and their podium to create greater awareness on some very important community issues.

The event also paid tribute to Michelle King as Champion of Change for her accomplishments as Superintendent of Schools for the Los Angeles Unified School District, the second largest district in the nation. Ms. King is a graduate of LA Unified whose respected career spans 30 years of working her way up to her current leadership, always intent on holding up the standard of MOVE FORWARD & MAKE HISTORY for the Los Angeles community’s school children and enabling that through her innovative changes and spirit.

Kiesha Nix, who received PWAL’s Community Game Changer honor, is the Executive Director of the LA Lakers Youth Foundation, which has given out about $7 million to non-profit charitable organizations.

Also paid tribute at the event was Los Angeles County Supervisor Mark Ridley Thomas who saluted the “phenomenal women who guided my live and the lives of others.”

The luncheon also was addressed by YWCAGLA ambassadors, lifestyle designer Kathy Ireland and Academy of Motion Picture Arts and Sciences President, Cheryl Boone Isaacs. The award presentation transpired at its annual site, the Omni Hotel in downtown Los Angeles. Congresswoman Roybal-Allard addressed the historic achievements of the YWCA Greater Los Angeles, in providing haven, sustenance and road to successful futures for thousands of deserving youngsters while providing leadership in the fight against human trafficking and other endangerments. Ms. Washington noted “These four honorees have used their vast talents and stature to pave new opportunities for those who follow.” She identified her own personal assessment of fulfillment as “shattering the glass ceilings we each face in our own lives,” urging each woman to identify their own goals and shatter the glass ceilings which stand in the way.