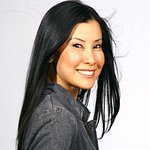 Ling, a best-selling author and one of the most respected and well-known investigative journalists in the industry, is expected to address a sell-out crowd at WLC 2017.

The nonprofit conference is designed to inspire attendees to seek their highest level of personal and professional growth by presenting participants with inspiring role models, varying perspectives and strategies for development.

Ling, who has reported from the farthest reaches of the planet, covering harrowing stories for The Oprah Winfrey Show, ABC News’ Nightline and National Geographic’s Explorer, will no doubt captivate audiences with her personal experiences, WLC 2017 organizers said.

“Throughout her career, Lisa has traveled to some of the most dangerous locations in the world in an effort to bring social change through awareness and aid to those who need it most,” said Dawn Christensen, the conference’s organizer and director of National Diversity Relations for MGM Resorts. “She is a champion of women and we are very excited to welcome her to the main stage at WLC 2017.”

Over the past decade, WLC has grown in size, scope and reputation, drawing sellout crowds for the past three years. Through relevant and dynamic programming and acclaimed national speakers, organizers have also established it as the premier conference of its kind in the Western region. Attendance for this year’s event is expected to surpass last year’s record of more than 1,000 attendees. Registration, which costs $485, is selling faster than ever, organizers said.

As executive producer and host of “This is Life” on CNN, Ling has covered a range of issues that impact women, including the scourge of prescription pill addiction in Utah and the recent influx of women in North Dakota’s boomtown.

As the former field correspondent for The Oprah Winfrey Show, contributor to ABC News’ Nightline and National Geographic’s Explorer, Ling has reported stories about gang rape in the Congo; the practice of burning brides in India; the Lord’s Resistance Army in Uganda, and the Mara Salvatrucha (MS-13) gang in Central America, among other issues that are too often ignored.

Ling also executive produced and hosted the acclaimed documentary series “Our America” on OWN: the Oprah Winfrey Network. Throughout the show’s five-season run, Lisa embedded in a Midwest town ravaged by an onslaught of heroin, got exclusive access inside an anti-gay religious movement, witnessed the manifestation of post-traumatic stress disorder (PTSD) in returning veterans of war and went undercover to investigate the under-age sex trafficking of minors in Washington, D.C. She has also profiled Americans living beneath the poverty line for the first time, and people serving long prison sentences for crimes they did not commit.

Ling got her start in journalism as a correspondent for Channel One News, where she covered the civil war in Afghanistan, as well as stories in dozens of countries around the world. She later went on to become a co-host of ABC Daytime’s hit show The View, which won its first daytime Emmy during her time at the show.

In 2009, Ling’s younger sister and fellow journalist, Laura Ling, was arrested in North Korea while trying to get footage of human trafficking on the North Korean-Chinese border. Lisa Ling launched appeals to the highest U.S. government officials to negotiate her sister’s release, which was ultimately secured after a meeting between President Bill Clinton and Kim Jong Il. The sisters collaborated in Lisa Ling’s first book “Somewhere Inside: One Sister’s Captivity in North Korea and the Other’s Fight to Bring Her Home.” She is also the author of “Mother, Daughter, Sister, Bride: Rituals of Womanhood,” which explores the various roles of women in different cultures.

In 2015, President Obama appointed Ling as a member of the Commission on White House Fellows.

WLC 2017 will also feature CNN International anchor and broadcast journalist Natalie Allen as a returning host. The conference is open to women of all ethnicities, professions and social backgrounds, locally and nationally, and the men who support them. The MGM Resorts Foundation is the conference’s presenting sponsor.

Each year, after costs, proceeds from the event are donated to a nonprofit organization devoted to the welfare and development of women and children in Las Vegas. Dress for Success Southern Nevada, the local nonprofit that provides gently used professional clothing and career counseling services to empower women to achieve economic independence, recently received a $25,000 gift from the 2016 conference.

Registration costs $485 and includes the full conference and all workshops and lectures, a networking reception, and continental breakfasts and lunches catered by MGM Grand. Time is also allotted for attendees to build key professional relationships with other women attending while enjoying the hospitality and entertainment of MGM Grand and other MGM Resorts International destinations.

For more information or to register, please visit mgmresorts.com/womensleadershipconference.