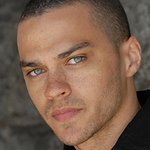 ADCOLOR, the premier organization celebrating and promoting professionals of color and diversity in the creative industries, announced their 2017 honorees and nominees this week at ADCOLOR Live!

The organization also announced the 2017 class of ADCOLOR FUTURES, a program that chooses the best and brightest professionals who are 1-3 years into their career to attend the annual conference and awards show which will take place September 19th, 2017 in Los Angeles at The Loews Hollywood Hotel.

The 11th Annual ADCOLOR Awards will highlight and honor the achievements of African-American, American Indian/Native American, Asian Pacific-American, Hispanic/Latino, LGBTQ professionals, as well as spotlighting diversity and inclusion champions in the creative industries.

“The list of honorees, nominees and FUTURES is stellar,” said ADCOLOR Founder and President Tiffany R. Warren. “The group represents some of the best across the fields of advertising, technology, media and marketing, truly reflecting this year’s theme of ‘Come Together’. We very much look forward to honoring them in September.”

The ADCOLOR Award Nominees and Honorees are carefully selected from a large population of diverse influencers across the creative industries. The finalists are chosen by the individual’s representation of ADCOLOR’s motto, “Rise Up and Reach Back”. Those honored not only excel in their own careers, but also give back to the community and support their peers. Their goal is to create a network of diverse professionals to encourage and celebrate one another.