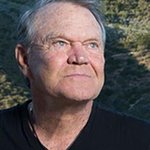 Music fans around the world are today mourning the death of Glen Campbell.

Campbell and his family bravely revealed his Alzheimer’s diagnosis in 2011, and embarked on a final “Goodbye Tour” that was documented in the award-winning documentary “I’ll Be Me.” Since that time, Campbell and his family continued to advocate on behalf of the cause, including sharing their story on Capitol Hill and speaking out on behalf of the millions of families in the U.S. facing the disease.

“The Alzheimer’s Association extends sincere condolences to Glen Campbell’s family, friends and fans. Glen was a courageous advocate on behalf of Alzheimer’s, not only bravely sharing his diagnosis with the world, but continuing to bring joy to his fans through his music while facing the disease so publicly,” said Harry Johns, president and CEO, Alzheimer's Association. “Glen and his family helped to bring Alzheimer’s out of the shadows and into the spotlight with openness and honesty that has rallied people to take action on behalf of the cause. In this spirit, we will continue to work aggressively to pursue greater awareness, provide support to families, and accelerate research to slow, stop and ultimately cure Alzheimer’s disease.”

Campbell’s family have requested that in lieu of flowers, donations can be made to the Glen Campbell Memorial Fund at BrightFocus Foundation through the CareLiving.org donation page.