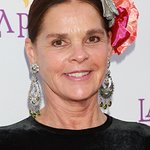 Two mountain lions documented as being overweight and two bears documented with hair loss are just some of the animals suffering at the rundown Spring River Park & Zoo, which is operated by the city of Roswell, and Academy Award nominee Ali MacGraw has run out of patience.

In a letter sent this week to Jim Burress, superintendent of Roswell’s Parks & Recreation Department, the New Mexico resident and longtime PETA supporter urges city officials to act now and move the animals to reputable sanctuaries.

“As a New Mexico resident, I was saddened to learn from my friends at PETA that the city of Roswell is confining bears and mountain lions to cramped concrete pits at the Spring River Park & Zoo,” wrote Ali. "I urge you to release the bears Sierra and Ursula into reputable, naturalistic sanctuaries where they can live with rich environmental stimulation, and I hope you’ll consider doing the same for the mountain lions — rather than simply upgrading their enclosure at some point in the future, as you have claimed to be working on. These intelligent animals are far-ranging and need vast spaces in which to roam, climb, and engage in other species-specific behavior.

“In the last few years, several small zoos have chosen to release bears from concrete pits into such sanctuaries, and I’d be thrilled to be able to congratulate the city of Roswell on making the same compassionate decision. Won’t you please retire them to an appropriate facility like The Wild Animal Sanctuary in Colorado, where they could live in a far more natural environment? It would mean the world to me and — more importantly — to these animals, who deserve better. Thank you for your attention to this important matter.”