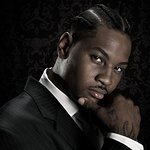 YouCaring, the world’s trusted leader in free crowdfunding for personal, medical, and charitable causes, today announced that $2,000,000 in disaster relief funds were raised for victims of the earthquake in Mexico and of hurricane Maria in Puerto Rico.

Oklahoma City Thunder’s Carmelo Anthony kicked off a fundraiser on YouCaring on Friday, September 22, raising over $240,000 to date. He was joined by international pop star Ricky Martin, tennis player and Olympic gold medalist Monica Puig, Dallas Mavericks’ José Juan Barea, as well as Laura and Jorge Posada, the retired Yankees player from Puerto Rico and his wife, each of whom started fundraisers on YouCaring and raised close to $800,000 collectively.

Donate to Carmelo Anthony’s fundraiser and other fundraisers for victims of hurricane Maria by visiting YouCaring’s Puerto Rico Relief Center.

For victims of the devastating earthquake in Mexico, soccer stars Javier “Chicharito” Hernández and Miguel Layún have raised close to $280,000 on YouCaring and were joined by Spanish-language television network Estrella TV, which has raised over $120,000 to date.

Donate to these fundraisers by visiting YouCaring’s Mexico Relief Center.

As a certified B-Corporation with a focus on helping people faced with hardship, YouCaring does not take a cut of each donation, but instead relies on voluntary donor tips to fund operations. To date, YouCaring has raised over $48,000,000 in hurricane relief funds, making it the home to the largest crowdfunding campaigns for disaster relief.