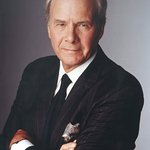 Brokaw spent his entire distinguished journalism career with NBC News, covering Ronald Reagan’s first run for public office, the rise of the Sixties counter culture, the assassination of Robert Kennedy and the 1968 presidential campaign. He served as the White House correspondent during Watergate and took over Meet the Press in 2008. Brokaw has won every major award in his craft, including Peabody, duPonts, Emmys and lifetime achievement recognition, and was awarded the Presidential Medal of Freedom by President Barack Obama in 2014.

“We are honored to have Tom Brokaw, one of the most influential figures in American journalism, join us in celebrating and giving back to America’s veterans at the 2018 NAPE Charities Luncheon,” said Greg Riedl, chairman of the NAPE Operators Committee.

“Giving back is at the heart of NAPE’s mission and legacy, and it is a joy for our industry to come together and honor the men and women who have sacrificed so much to keep our country safe.”
Riedl added, “This year’s NAPE Charities Luncheon is a special one, as we will also be honoring the American Red Cross in support of its ongoing disaster relief efforts for Hurricane Harvey. Our hearts were broken by the devastation throughout NAPE’s host city of Houston and South Texas as a result of Hurricane Harvey, and we’re doing our part to help this great city stand strong and move forward.”

On February 9, the NAPE Charity Fund will donate at least $150,000 to K9s for Warriors, Operation Homefront and The Mission Continues as well as recognize its $50,000 donation to the American Red Cross in August following Hurricane Harvey. Since 2009, the NAPE Charities Luncheon has raised more than $3.1 million for charities supporting U.S. veterans, with 100 percent of donations going directly to the featured charities. Past speakers of the NAPE Charities Luncheon include Former First Lady Laura Bush, former Secretary of State Gen. Colin Powell and former New York City Mayor Rudy Giuliani.

NAPE also announced new events for NAPE Summit Week in honor of its 25th anniversary, including a Job Fair for upstream professionals and a Summit Sweepstakes for a new 2018 Silver Ford F-150. The industry Job Fair will take place before the attendee-favorite Icebreaker Event and the Summit Sweepstakes Drawing will be the finale event of NAPE Summit Week on Friday, February 9.

NAPE was founded in 1993 to help stimulate oil and gas industry activity during a downturn. Since its launch with 800 attendees and 80 booths, NAPE has grown exponentially to include thousands of attendees and hundreds of booths at its two annual expos, NAPE Summit and Summer NAPE.

“The 25th annual NAPE Summit will offer more opportunities for networking, dealmaking and education than ever before,” Riedl concluded. “NAPE’s tremendous growth over the last quarter-century would not be possible without the thousands of industry organizations and upstream deal-makers from all over the world who have attended NAPE year after year. If you haven’t been to NAPE in a few years, now is the time to return and experience the premier upstream expo of the year.”