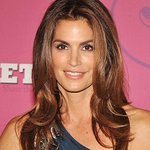 Art Van Furniture, the Midwest’s largest furniture retailer, and Cindy Crawford, international supermodel, businesswoman and philanthropist, to host the Art Van Award of Hope celebration to commemorate the ninth anniversary of the Art Van Charity Challenge by paying tribute to five everyday heroes whose selfless efforts on behalf of their Midwest communities have made a profound difference in the lives of those in need.

WHO:
Cindy Crawford has served as the official ambassador of the charitable giving initiative since 2015. The Award of Hope honorees, who will be presented with a $5,000 check for their cause, are:

• Christy Buck, executive director of the Mental Health Foundation of West Michigan in Grand Rapids, creator of the “Be Nice” anti-bullying and anti-suicide campaign dedicated to creating communities with good mental health
• Pastor Kent Clark, chief executive officer of Grace Centers of Hope in Pontiac, Mich., leader of southeast Michigan’s oldest and largest faith-based residential drug and alcohol rehabilitation facility
• Rhonda Walker, president and founder of the Rhonda Walker Foundation in Detroit, empowering inner city teen girls to become strong, confident, moral future leaders through Girls into Women, a five-year program from 8th through 12th grades
• Lee Anne Walters, concerned mother in Flint, Mich. and catalyst who brought the Flint Water Crisis into the national spotlight
• Mary Zeien, founder and director of The Well of Mercy in Chicago, Ill., who created a secure home for single, pregnant women in need which provides them with tools to create stable, successful lives