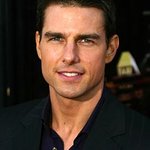 Tom Cruise and Katie Holmes were spotted out and about in New York with daughter Suri earlier this week doing some Christmas shopping – for underprivileged children.

The family headed to FAO Schwarz – the upmarket toy store – to select toys and games for Stockings With Care, a not-for-profit organization dedicated to making sure that families in need have everything they need to create the magic of Christmas morning for their kids.

Every year the charity – founded by television casting executive Rosalie Joseph and producer Tom Fontana (“Oz”, “The Bedford Diaries”) 16 years ago – helps over 2000 children celebrate Christmas while preserving the dignity of parents and caregivers.

People wishing to drop off gifts to Stockings With Care can do so at 450 West 56th Street, New York.

Kenneth Cole And An Alliance Of The Leading Mental Health Organizations Join Forces With Celebrities May 22, 2020

Social activist and iconic fashion designer Kenneth Cole, has announced the launch of The Mental Health Coalition (MHC), the first collaborative effort of this scale which convenes and unites the leading US mental health organizations, creative and media platforms, passionate advocates, as well as celebrities working collectively to destigmatize mental health conditions and address the pervasive public health crisis. More →