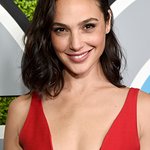 The Association of National Advertisers (ANA) and The CW Network will partner at the 23rd Annual Critics’ Choice Awards to honor “Wonder Woman” star Gal Gadot with the #SeeHer Award.

Earlier this year, “Wonder Woman” became the highest-grossing live-action film to be directed by a woman (Jenkins), helping Warner Bros. Pictures cross the $5 billion mark at the global box office in 2017. With Jenkins at the helm and Gadot leading the cast, “Wonder Woman” was more than a financial success, it was also a worldwide phenomenon. Audiences of all ages and genders embraced the character and her fight for justice and humanity in the war to end all wars.

The #SeeHer Award recognizes a woman who embodies the values set forth by the #SeeHer movement — to push boundaries on changing stereotypes and recognize the importance of accurately portraying women across the entertainment landscape. Gadot broke through this year as a powerful voice advocating for women, not only on screen as the iconic Wonder Woman, but in life as well, using her platform to encourage those in the entertainment industry and beyond to strive for fairness and parity across genders. Viola Davis received last year’s inaugural #SeeHer Award.

The #SeeHer movement is spearheaded by the ANA, the largest marketing and advertising association in the United States. The initiative was launched in early 2016 by the ANA’s Alliance for Family Entertainment (AFE). #SeeHer’s mission is to lead a movement to accurately portray all women and girls in media so that by 2020 they see themselves reflected as they truly are. 2020 is the 100th anniversary of women gaining the right to vote.

“We’re honored to recognize Gal this year with the second annual #SeeHer Award,” said ANA CEO Bob Liodice. “Not only was she able to challenge stereotypes in film and find success by starring in one of the biggest blockbusters this year, she also used that success to shine a light on her own industry, and push the boundaries on gender equality in real life.”

“Having critics once again recognize the importance of #SeeHer and including the award in the broadcast is another key milestone for the movement,” added ANA AFE #SeeHer Chair Stephen Quinn. “Entertainment plays such a large part in influencing culture. There has never been a more important time to lean in and support our #SeeHer mission of increasing accurate portrayal of girls and women in media. Gal and Patty are role models for our #SeeHer mission, and we are delighted to have them recognized by the critics and the industry.”

Gal Gadot starred in Patty Jenkins’ smash hit Wonder Woman, one of the year’s most successful films and the highest grossing film of Summer 2017, earning more than $820 million worldwide. Both the film and Gadot have received praise from audiences and critics alike, with Gadot and Jenkins recently receiving the National Board of Review’s Spotlight Award. Gadot will also be honored in early 2018 with the Rising Star Award at the Palm Springs International Film Festival. She debuted the character of Wonder Woman in Batman v Superman: Dawn of Justice, and reprised the role in this fall’s Justice League. Born in Israel, Gadot made her film debut in Fast & Furious, as well as its sequels Fast Five and Fast & Furious 6. She appeared in the 2010 action comedy films Date Night and Knight and Day, the 2014 Israeli film Kicking Out Shoshana, and the 2016 films Triple 9, Criminal and Keeping Up with the Joneses.

Patty Jenkins became the most successful female director in history with her blockbuster film Wonder Woman, which lead the Summer 2017 box office, taking in more than $820 million worldwide, and was one of the most successful films of the year. Jenkins’ bold take on the superhero garnered both commercial and critical acclaim, most recently highlighted when she and star Gal Gadot received the Spotlight Award from the National Board of Review. Jenkins, an alumna of the American Film Institute Conservatory Directing Workshop, received their Franklin J. Schaffner Award, as well as the 2004 Independent Spirt Awards’ Best First Feature, for her film Monster, which she wrote and directed. The film also made AFI’s list of the Ten Best Films of the Year. She also received the Directors Guild of America’s Award for Outstanding Directorial Achievement in Dramatic Series for her work on the pilot episode of the acclaimed AMC series The Killing. She was also co-nominated for a DGA Award for Five, a series of short films about breast cancer for Lifetime. Jenkins began her career as a painter at New York City’s The Cooper Union before transitioning to filmmaking.

The Critics’ Choice Awards are bestowed annually by the BFCA and BTJA to honor the finest in cinematic and television achievement. The BFCA is the largest film critics’ organization in the United States and Canada, representing more than 300 television, radio, and online critics. BFCA members are the primary source of information for today’s film-going public. BTJA is the collective voice of journalists who regularly cover television for TV viewers, radio listeners, and online audiences. Historically, the Critics’ Choice Awards are the most- accurate predictor of Academy Award nominations.

The “23rd Annual Critics’ Choice Awards” show will be produced by Bob Bain Productions and Berlin Entertainment. The BFCA and BTJA are represented by Dan Black of Greenberg Traurig and WME.

For a full list of this year’s nominees, visit www.CriticsChoice.com.