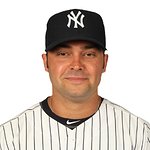 1,000 walkers and celebrities will gather to honor and celebrate all those in their lives who have been touched by cancer at the Inaugural Power of Tower Run/Walk benefiting Tower Cancer Research Foundation (Tower) on Sunday, March 11, 2018 at Wilson Plaza at UCLA, Parking Lot 4 at 221 Westwood Plaza. Check-in begins at 8:00 AM PT; 5k run/walk begins at 9 AM PT.

This year, the Power of Tower 5K Walk/Run honors the life of Cindy Harris who lost her 6 year battle with metastatic breast cancer in March 2017 at the age of 40. A mother of two young daughters, Cindy was diagnosed with Stage III Breast Cancer at 34, while pregnant with her youngest daughter. Cindy was a tireless fighter for herself and her family, leaving no stone unturned in her cancer battle. Participants will help honor this amazing woman, mother, daughter, sister, wife, and friend by supporting a cause near and dear to her heart – making the next generation a Cancer Free Generation. Supporters will participate in this non-competitive family-friendly event, which honors Cindy, celebrates all cancer survivors and their families, and pays tribute to those who have lost their battle with the disease.

The proceeds from the Run/Walk will benefit Tower Cancer Research Foundation’s efforts to raise funds for innovative cancer research to bring an end to this disease.

Over the course of the last twenty years, Tower has raised well over $30 million, funding that supports a multitude of different scientific grants from one-year $100,000 Career Development Grants to five year $500,000 Senior Investigator Grants to $1,000,000 Multi-disciplinary Discovery Funds. Tower has participated in over 200 clinical trials with thousands of patients and awarded almost $10 million in the last decade alone to dozens of physician scientists pursuing novel hypotheses, including over $3 million to talented young researchers through Career Development Grants. These young grantees often demonstrate such promising results that they later obtain large grants from other foundations and research institutions. Tower’s initial $3 million investment has led to almost $40 million in additional clinical research funding. Tower’s Discovery Fund encourages the pursuit of high-risk, high-reward research projects by providing scientists with funding upfront, thereby removing barriers to entry. Tower believes that leading-edge and novel ideas may not yet qualify for traditional grant funding due to a lack of preliminary data. The foundation recognizes the importance of nurturing the regional pool of rich research talent because important breakthroughs have come from unexpected directions and provided new perspectives.

Tower’s patient support division, Magnolia House, is a unique integrative survivorship wellness center with in-depth innovative programs offered free to cancer survivors and their loved ones. Tower’s goal is to help participants develop a physical and emotional toolkit to manage the challenges of the disease. Magnolia House’s vanguard programs and workshops include 6-week classes for cancer survivors that address end-stage disease challenges, classes for cancer caregivers, cooking classes to develop a nutritional approach to cancer survival, and individually tailored experiences such as a one-on-one fitness training with a cancer-trained therapist, among a host of offerings. Tower also supports a variety of Southern California community partners who bring vital cancer programs to underserved populations throughout Los Angeles.

Tower’s young leadership division, Cancer Free Generation (CFG), seeks to identify, among their peers in Southern California, visionary and innovative doctors, medical professionals and researchers and enable them to discover and implement new ideas and techniques to conquer cancer. Additionally, CFG’s efforts support young people and their families impacted by cancer, so that they may approach life with renewed strength and optimism. With this dual approach, CFG’s goal is to help ensure that the next generation becomes the first cancer free generation. Many members of CFG’s leadership are, themselves, young cancer survivors. Cindy was a committed member of CFG, and her husband Ben remains dedicated to ensuring that their daughters grow up as a Cancer Free Generation, never having to face cancer like Cindy was forced to do.

Cameo, the company that has connected more than 1 million fans to their favorite pop culture personalities through personalized video messages and video calls, has partnered with St. Jude Children's Research Hospital in a holiday campaign to raise funds and awareness of childhood cancers and other life-threatening diseases. More →