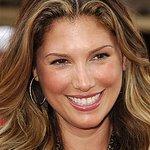 Heroic hounds and some of the entertainment world’s biggest names are coming to Palm Beach for the exclusive, annual, star-studded “Hero Dog Awards Gala Luncheon” at The Breakers on Monday, March 19.

Four of the top winners of the national Hero Dog Awards will be honored, including:

• The nation’s top 2017 American Hero Dog Abigail, a victim of dogfighting who now fights this scourge and has become a national symbol of forgiveness.
•
• 2017 Hero Service Dog Atlas, who helped save the life of a former U.S. Marine coping with Post-Traumatic Stress following his service in Iraq.
•
• 2017 Hero Therapy Dog Aladdin, who was severely neglected but has now become a therapy dog, visiting schools, serving as a trained crisis response dog, and working with special needs children.
•
• 2017 Guide/Hearing Dog Pierce, who helped improve the life of an Operation Desert Storm veteran who lost his sight as a result of his wartime injuries.

In addition to the four-footed stars, the event will feature human ones, as well, with appearances by Hero Dog Awards co-host Beth Stern and Daisy Fuentes, and performances by Grammy Award-winning singer, songwriter and producer Richard Marx, and the renowned Alex Donner Orchestra. “For thousands of years, people have had a special relationship with dogs, and the American Humane Hero Dog Awards are our way of honoring the best of our best friends,” said Dr. Robin Ganzert, president and CEO of American Humane. “The ‘Hero Dogs Award Gala Luncheon’ is an inspiring afternoon when we offer our thanks to so many of our greatest heroes – from service dogs who improve our lives to military hero dogs who fight alongside our troops and defend our freedom. We are grateful to all of them, to Lois Pope for her work in supporting these heroes, and all of our generous sponsors and National Ambassadors for helping us recognize their remarkable accomplishments.”

“It would be impossible to count all of the ways that dogs make our lives safer, happier, and healthier,” said philanthropist Lois Pope. “We should never forget that some of America’s bravest heroes come on four legs and we need to pay tribute to their remarkable work and achievements.”