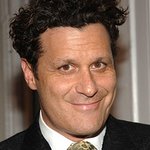 The ASPCA (The American Society for the Prevention of Cruelty to Animals) announced it will honor longtime event chair members and ASPCA volunteers Laura Zambelli Barket and Mindy Fortin as well as actress and animal advocate Cecily Strong at the ASPCA Bergh Ball.

The annual gala will take place on Thursday, April 19, 2018 at The Plaza Hotel in New York City. Acclaimed fashion designer Isaac Mizrahi will return as Master of Ceremonies, Jamie Niven will lead the live auction, which includes donated experiences from Billy Joel and Seth Casteel, and Sam French will DJ throughout the evening.

Now in its 21st year, the black-tie gala will honor Laura Zambelli Barket and Mindy Fortin with the ASPCA Compassion Award, which recognizes noteworthy individuals who have made outstanding contributions and commitments to animal welfare. Additionally, Cecily Strong will receive the ASPCA Voice for Animals Award, which recognizes individuals in the arts who use traditional and modern media to increase awareness and inspire action on behalf of animals in crisis in the U.S.

Mindy Fortin, a life-long animal lover, turned her compassion for animals into action when she started volunteering for the ASPCA in 2013. During her more than 2,000 hours of volunteer work, Mindy has counseled prospective adopters, syringe-fed vulnerable kittens, helped socialize dogs and cats with behavioral challenges, assisted with spay/neuter procedures, and deployed to sites of animal abuse and other crises with the ASPCA Field Investigations and Response Team. For the last three years, Mindy has also served as a Chairperson of the ASPCA’s Humane Awards Luncheon and Bergh Ball, helping these events raise vital recognition and funding for ASPCA projects.

Laura Zambelli Barket has been passionate about animals her entire life, an interest she shared with her beloved late husband and former ASPCA board member, Keith F. Barket. Her late dog, Duke, was the ring-bearer at their wedding in 1993. Joining the Bergh Ball committee in 2006, Laura has served as a generous Bergh Ball Co-Chair since 2009. She also serves on the committee for the ASPCA Humane Awards Luncheon, and is a devoted ASPCA volunteer. Over the years, her ASPCA volunteer roles have included adoption counselor, dog handler, dog walker, socializer and transporter. She spent countless hours working on the ASPCA’s important puppy mill database, which helps people learn more about the origins of animals sold in pet stores and from breeders. In 2012, Laura founded Wagging for Warriors, an organization which facilitates adoptions between U.S. veterans and homeless dogs.

Best known for her work as a Saturday Night Live cast member, actress and comedian Cecily Strong has been an outspoken advocate for animals in need. Growing up with a deep love for dogs, Strong is the proud owner of Lucy, a spaniel mix she adopted in 2014 and who can be seen in the SNL opening credits. Strong spends much of her time and energy encouraging others to rescue animals from local shelters, and has appeared in print and online advertisements encouraging animal adoption.

“The ASPCA Bergh Ball celebrates and reflects how commitment and generosity can make an enormous difference in animal welfare. Those values are strongly represented in this year’s ASPCA Compassion Award recipients, Mindy Fortin and Laura Zambelli Barket, who have each shown an outstanding and selfless dedication to help animals in need,” said ASPCA President and CEO Matt Bershadker. “We are also proud to present our ASPCA Voice for Animals Award to Cecily Strong for using her platforms to encourage animal adoption across the country. Animals in crisis always deserve such strong voices.”

The Bergh Ball is a cornerstone of the ASPCA’s fundraising efforts to directly impact the lives of homeless, abused and vulnerable animals across the country. The event attracts over 350 animal lovers, including community leaders, generous donors and celebrities, and raises critical funds to support the ASPCA’s life-saving work for animals nationwide.

For over 150 years, the ASPCA has made groundbreaking strides to protect the lives of vulnerable animals across the country. By supporting and securing animal adoptions, animal health services, animal rescue, community outreach, field investigations, and legislative work, the ASPCA has helped countless at-risk animals live safer, healthier and happier lives.

For more information about the 2018 Bergh Ball, visit www.aspca.org/BerghBall.