The GLSEN Respect Awards were introduced in 2004 by GLSEN, the leading education organization working to create safe and inclusive K-12 schools for LGBTQ youth. Held annually in Los Angeles and New York, the award show honors the work of student leaders, educators, community organizers, influencers, and corporations who serve as exemplary role models and have made a significant impact on the lives of lesbian, gay, bisexual, transgender, queer, and questioning (LGBTQ) youth 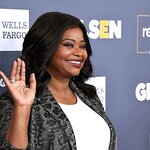