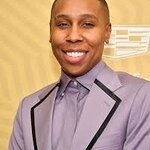 AT&T announced the 2018 lineup of mentors and mentees for its diversity-focused Hello Lab Mentorship Program.

In its second year, the AT&T Hello Lab Mentorship Program is all about the next generation of storytellers. It pairs entertainment industry leaders with aspiring filmmakers from groups traditionally underrepresented in entertainment as they create films showcasing authentic stories. The filmmakers will debut their short films on the Hello Lab channel on DIRECTV and DIRECTV NOW later this year.

The Mentorship Program will be featured on the Entertainment Stage of the 2018 Cannes Lions International Festival of Creativity in a session called, “Action!: Diversity in Filmmaking — Beyond Empowerment to Execution” on Thursday, June 21 at 3 p.m. CET. The session’s speakers include program mentor Waithe; Matthew Castellanos, mentee filmmaker from the inaugural mentorship program; Valerie Vargas, senior vice president, Advertising and Creative Services, AT&T Mobility and Entertainment Group; and Maureen Polo, senior vice president, Brand Studio at Fullscreen as moderator.

AT&T Hello Lab enlisted Fullscreen as its lead agency partner for the program, with Whalerock Industries as the production services partner.

“The only way change can happen is by helping to create it. And that’s exactly why I’ve invested in this mentorship program. These diverse and talented filmmakers need guidance to get them where they need to be. We’re here to help them find their place in this business and tell their story,” said Waithe.

“The stories are as deep, beautiful and amazing as the voices telling them. It’s crucial we help find more ways to support the world getting a chance to see them,” said Vargas. “The AT&T Hello Lab Mentorship Program elevates independent voices, providing them with a large platform, and helps emerging artists navigate challenges that come with bringing a project to life by pairing them with leaders who have walked down this path before.”

Each filmmaker will be supported by a community of industry advisors, studio and production company executives, agents, and attorneys. AT&T Hello Lab will help each filmmaker create a high-production quality signature film and offer support as they learn the ropes of the entertainment industry. Advisers and mentors will counsel the filmmakers on pitching their work, managing budgets, and directing character-driven narratives.

“We’re so thrilled to kick off the second year of this mentorship program with AT&T, giving a new wave of filmmakers the opportunity to bring their creative ideas to life,” said Polo. “This effort was created with the vision of giving a voice to diverse creators in the entertainment industry, and we can’t wait to build on the success of our inaugural year. We couldn’t have done this without the support of our talented group of mentors and the rising stars participating in this year’s mentorship.”

More on the filmmakers and their projects:

“Further Away” by Sean Frank Johnson and Casallina Kisakye (mentored by Lena Waithe)
Logline: A black woman who is institutionalized in a psych ward meets God.
Bio: Sean Frank is a London raised, New-York based filmmaker and creative director. His interest is rooted in real, relatable environments, situations and subcultures that combine cinematic compositions with inspirational stories. A graduate of both Goldsmiths and Central St Martins, Frank’s films have been nominated and screened internationally. Some of Frank’s work to date includes his short film “Every Kind of Way” for artist H.E.R, Nowness short; Crazy legs and most recently music documentary “Mas Fuerte.”
Bio: Casallina Kisakye was born in Kampala, Uganda and immigrated to the U.S. when she was 10-years-old. Her work has appeared in McSweeney’s and The New Yorker. She is currently a writer on the Showtime series “The Chi.”

“The Line” by Melisa Resch (mentored by Common and Shelby Stone)
Logline: A punk rock love story. Sparks fly between two women when they meet at a clinic defense demonstration.
Bio: Melisa Resch is a graduate of DePaul University’s Digital Cinema program, where she obtained an MS in film. She has written, directed and produced several short films. For the last two years she worked at Freedom Road Productions as a Creative Executive, working on both film and TV projects. During her tenure she’s worked on a variety of projects for Freedom Road including the critically acclaimed, “The Chi” for Showtime and the feature documentary, “They Fight” by director Andrew Renzi. Melisa previously served as executive assistant to Oscar, Emmy and Golden Globe winning hip hop artist and actor Common.

“Your Name Isn’t English” by Tazbah Rose Chavez (mentored by Taika Waititi) Logline: Every time Tazbah steps into an Uber she is repeatedly confronted with the reality that she doesn’t exist in the minds’ of average Americans. “Your Name Isn’t English” explores the ten-minute car-ride history lessons she’s been giving for free.
Bio: Tazbah is a Los Angeles-based multi-media artist working in the disciplines of film, music, performance poetry, and artistic direction. She is Nüümü (Paiute), Diné (Navajo), and San Carlos Apache, originally from the Bishop Paiute Reservation in Payahüünadü (Bishop, Ca). She wrote and directed her first film at age 16. “Composure,” a short experimental documentary combining film, music, and spoken word which went on to be showcased at film festivals internationally. Her most recent work as a writer and poet includes writing the script for Nike N7’s Dare to Rise for Equality campaign, and as the ongoing artistic director, writer, and producer for the B. Yellowtail fashion brand’s video marketing campaigns.

“Little King” by Chelsea Winstanley (mentored by Tessa Thompson and Rachel Morrison)
Logline: When love is forbidden we sometimes do the craziest things.
Bio: Chelsea Winstanley is a filmmaker, mother of 3 and hails from the beautiful country of Aotearoa, New Zealand. She has been making films for over a decade as both a producer and director. As a producer, she screened short films in competition at Cannes, Berlin and Sundance. In 2014, she produced the cult mockumentary “What We Do In The Shadows” written and directed by Taika Waititi and Jemaine Clement. Last year she made her directorial debut with a film called “WARU.” It was one of 8 shorts weaved together to make a feature and all the directors were women and of Māori decent. “WARU” internationally premiered at TIFF. She is currently in post-production with a feature documentary about the incredible Māori filmmaker Merata Mita.

“October Lull” by Constance Tsang (mentored by Cary Fukunaga)
Logline: An irreverent financial thriller where the thrill is in the company you eat.
Bio: Constance Tsang is an American filmmaker living in New York. She is a graduate of New York University’s Gallatin School, where she obtained a B.A. in Individualized Studies, concentrating in Film and Critical Theory. Her previous work includes “Third Party” (2017) and “First Snow” (2018). “October Lull,” her upcoming short, is in production. She is currently a screenwriting and directing MFA candidate at Columbia University, where she will also be Richard Peña’s teaching assistant this fall 2018.