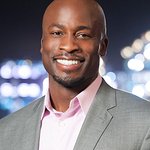 Combining the camaraderie and can-do spirit of both the Ninja Warrior and Team Fox communities nationwide, “Parkour 4 Parkinson’s” will be held in Thousand Oaks, California, on Sunday, August 5, and aims to raise $350,000 to support critical Parkinson’s disease (PD) research. Tickets are available now at www.teamfox.org/akbar.

Gbajabiamila, who joined the Board of Directors of The Michael J. Fox Foundation in March, is an NFL alum, sports commentator and entertainment personality who currently hosts NBC’s Emmy-nominated “American Ninja Warrior” (ANW). As the son of a father diagnosed with Parkinson’s two decades ago, Gbajabiamila was riveted when he saw Jimmy Choi, a 41-year-old Chicago resident living with Parkinson’s, run the ANW course in summer 2017. The two became fast friends, and as “Fox Ninja,” Jimmy has become a crowd favorite of the show, returning for a second buzzer attempt last week in Indianapolis. Inspired, Akbar has committed to use his national Ninja platform to share the impact of his father’s own Parkinson’s journey — and to rally PD patients and families nationwide to be part of the research revolution under way in Parkinson’s drug development.

“It took me many years to come to grips with my father’s diagnosis. I’ve always thought my dad was indestructible, so learning his diagnosis shocked my entire family,” said Akbar. “Getting involved with The Michael J. Fox Foundation, and now hosting my own Team Fox event, gives me optimism every day knowing I’m a part of an entire community working together to try and find a cure.”

Hosted at DojoBoom, Los Angeles’s premier trampoline gym, Gbajabiamila’s “Parkour 4 Parkinson’s” invites family members of all ages and all experience levels to jump and parkour on a Ninja Warrior-themed course in support of a cure for the disease. The event will feature special appearances by top Ninja Warrior athletes, food, family-friendly activities and a virtual auction with big-ticket packages to go behind the scenes with NFL teams.

“Akbar’s eloquence and candor make him a one-of-a-kind advocate for our Foundation and the Parkinson’s disease community,” said Deborah W. Brooks, co-founder and executive vice chairman of MJFF. “His experience as part of a family touched by Parkinson’s is one that many in our community can relate to. We are so grateful for all he is doing to bring attention and support to our quest to speed the cure for PD.”