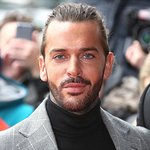 The Only Way is Essex star Pete Wicks and Good Morning Britain’s Pip Tomson are taking on the Great North Run challenge on the 9th September, to raise vital funds to help animal charity Humane Society International shut down a dog meat farm in South Korea, and save all the dogs from being killed, cooked and eaten.

In October Pete and Pip will travel to the farm and help HSI rescue the dogs there, a small number of which will be rehomed in the UK.

Pete and Pip felt inspired to run the world’s biggest half marathon following their emotional trip with HSI last year to rescue more than 170 dogs and puppies from a dog meat farm in Namyangju.

The trip was part of the charity’s campaign to end the dog meat trade in South Korea which sees more than 2.5 million dogs raised for human consumption each year in appalling conditions on meat farms.

Pete Wicks said “Having worked alongside the incredible HSI and having seen the horrors of a dog meat farm first hand, highlighting the cruelty that is still going on is something I feel very strongly about. I’m not much of a runner anymore so doing the Great North Run is both a challenge for me personally but more importantly a really good way to help raise money and awareness for something that is very close to my heart.”

Pip Tomson said “As a devoted dog lover, seeing for myself the horrors of a dog meat farm was one of the hardest experiences of my life. But it inspired me to do anything I can to raise awareness of this sickening trade. Knowing that I’m saving these dogs from the dinner plate is all the motivation I need to complete the Great North Run.”

HSI has permanently closed down 12 dog meat farms so far and rescued more than 1,300 dogs who have been flown to the United States, Canada and the United Kingdom to find loving forever homes. One of those lucky pups was a Chihuahua-cross called Bindi who Pip adopted last year when she first discovered the plight of dogs in South Korea.

HSI UK Executive Director Claire Bass, who rescued her own dog Henry, a golden retriever, from a dog meat farm said “We here at HSI are so grateful to Pete and Pip for fundraising to help us rescue more dogs from being killed, cooked and eaten. The Great North Run is a huge challenge and we will be cheering them on all the way. HSI has been fighting the shocking and largely hidden dog meat trade in South Korea for many years, working with the growing number of South Koreans who believe the trade has no place in their modern, progressive society. The money raised by Pete and Pip will help HSI shut down our 13th dog meat farm, saving the lives of the 200 or more dogs who are currently kept there.”

HSI has been working on the ground in South Korea for the past three years, working in partnership with dog meat farmers keen to leave the trade. A combination of growing societal shame, increased difficulty in selling dogs as appetite for dog meat declines, and regret at the suffering of dogs, leads farmers to approach HSI for a practical ‘way out’. They work with HSI to devise a business plan to transition them into alternative, humane livelihoods such as water delivery or crop growing, while for some very elderly dog farmers, HSI intervention means they can finally retire. It’s a blueprint for change that HSI hopes the Korean government under President Moon Jae-In will adopt to phase out the entire industry.

The money raised by Pete and Pip will support HSI’s closure of its 13th dog meat farm later this year, with a small number of the dogs rescued coming to the UK. Pete and Pip’s JustGiving page can be found here.