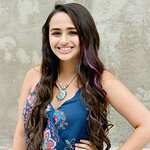 TLC announced today that its second annual GIVE A LITTLE Awards, an extension of the network’s national multiplatform campaign dedicated to empowering individuals to make a difference in the lives of those in need by giving a little time, support and compassion, will be held on September 20 in New York City.

Presented in partnership with Redbook magazine and Love Is Louder, a project of The Jed Foundation, this event will shine a light on advocates who work tirelessly to prevent bullying. TLC star Jazz Jennings, TV personality/host Kelly Osbourne and recording artist Jessie Chris are among those being honored this year, in addition to three national contest winners who are purposefully sowing seeds of kindness and standing up against bullies in their communities: Kristin Caminiti (Kindness Grows Here), Dianne Grossman (Mallory’s Army) and Jaylen Arnold (Jaylen’s Challenge).

Hosted by beloved wedding dress designer and star of TLC’s “Say Yes to the Dress,” Randy Fenoli, the awards ceremony will be held at the Park Hyatt in New York City. Actress and Love is Louder co-founder Brittany Snow will also be in attendance, and singer and honoree Jessie Chris will round out the evening by performing her hit single “Rome.”

“This year’s GIVE A LITTLE honorees exemplify what it means to take a stand against bullying by engaging and empowering their peers to make a difference in their communities,” said Howard Lee, TLC President and General Manager of TLC. “We are committed to sharing diverse and inspiring stories of people who embrace their uniqueness and create a space for others to be themselves without fear of what other people might think or say.”

Rising star Jessie Chris’ advocacy for bullying prevention runs deep. The 2018 Billboard Artist to Watch and Elvis Duran’s TODAY Show Artist of The Month was a victim of bullying in school and she has been able to use her music as a platform to bring awareness to the issue and empower those going through similar situations. Her life’s mission is to educate people on how they can work together to prevent the negative impact of bullying. Chris set a personal goal to visit at least 100 schools in 2018 to speak with students about bullying prevention. She has visited 51 schools to date and she is scheduled to visit over 75 this fall. In addition to her music, Chris is the face of The Ad Council’s #BeMore Campaign as well as Sylvania Lighting’s #BeTheLight Campaign. She has also authored a children’s book on bullying which is scheduled for release in September 2018. Chris recently released her latest single and empowerment anthem “Rome,” written by Jessie Chris, Summer Overstreet and David Spencer, which she first performed as the featured artist at this year’s Gracie Awards in New York City.

Jazz Jennings, star of the GLAAD Award winning TLC series, “I Am Jazz,” is a 17-year-old transgender teenager, an LGBTQ rights activist and author. Jennings is no stranger to discrimination and she has been breaking barriers for most of her life — she is one of the youngest publicly-documented people to be identified as transgender, and the youngest person to become a national transgender figure. She wasn’t allowed to use the girls’ restroom in her school for five years and she was prohibited from playing girls’ soccer in her state for two and a half years. After a long battle, the United States Soccer Federation (USFF) ordered her home state to lift the ban. As a result of the discrimination that the teen was forced to endure, the USSF created a policy to include all transgender athletes who want to play soccer in the United States of America. Jennings has accumulated numerous prestigious awards and honors throughout her lifetime, including TIME Magazine’s Most Influential Teens (2014 and 2015), The Advocate magazine’s “Top Forty Under 40” annual list, OUT Magazine’s Top 100 list, Teen Vogue’s “21 under 21” list, HRC’s Upstander Award for 2017 and the 2015 Trevor Youth Courage Award to name a few. In 2016, “I Am Jazz” won a GLAAD Award for Outstanding Reality Program and Jennings served as the 2016 Grand Marshal in the New York City Pride March, making her the youngest person to serve as Grand Marshal in the history of the march. Along with Jessica Herthel, Jennings co-wrote the children’s picture book “I Am Jazz” and Jennings authored her memoir, “Being Jazz: My Life as a (Transgender) Teen.” Alongside her family, Jennings continues to participate in many projects with a goal to educate and spread the message of tolerance and acceptance for all trans kids.

Kelly Osbourne first came to prominence while appearing on the reality series, “The Osbournes” with her family, and she has since built a successful career as a television personality, host, fashion designer, singer and actress. Osbourne was a co-host on E!’s hit show, “Fashion Police,” from 2010 to 2015, and she is frequently found on the red carpet at top award shows and key events. Osbourne was recently seen on the judging panel for “Project Runway: Junior” which features teenage contestants. In June 2014, Osbourne released a collection of M*A*C Cosmetics she cocreated with her mother, Sharon. Additionally, in April 2017, Osbourne published her new book entitled, There Is No F*cking Secret: Letters from a Badass Bitch, in which she details her experience being bullied as an adult in various forms and her fight to rise above the negativity. Osbourne has been a longtime supporter and ally to the LGBTQ community, partnering with various organizations like The Trevor Project to shed a light on the discrimination faced by the queer community worldwide. In general, she has always encouraged people to just be themselves, to have pride in who they are and unite together. She was honored with the Trevor Hero Award at Trevor Live in December 2016.

All entries for the GIVE A LITTLE contest, which concluded on July 24, included an original essay of 250 words or less describing the actions and activities that demonstrate one’s dedication to engaging, educating, and inspiring others in their community to address bullying. After receiving hundreds of deserving entries from people across the nation, all of whom are making a significant social impact, three submissions were selected for the grand prize. In addition to being recognized during this year’s GIVE A LITTLE Awards ceremony, each winner will receive a $5,000 donation to the bullying prevention program of their choice and their stories will be featured in the October 2018 issue of Redbook magazine, on newsstands September 18.

“Bullying is something that too many of us have experienced or been touched by at some point in our lives,” said Jane Francisco, editorial director, Redbook magazine. “Redbook is incredibly honored to share the stories of this year’s honorees who are dedicated to bettering the world through kindness, education, and support. We know that our readers will be heartened by their work and inspired to create positive change within their own communities.”

Los Angeles, California; August 12, 2020 – We are all born free and equal in dignity and rights. To increase global awareness of the first two articles of the Universal Declaration of Human Rights, the UN Human Rights Office teamed up with The Krim Group and renowned photographer Justin Wu to relaunch the “World is in Our Hands” initiative in support of OHCHR's #StandUp4HumanRights campaign. More →