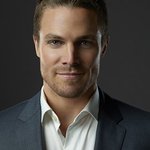 Actor, Entrepreneur, Activist, and Fuck Cancer Board Member Stephen Amell will receive the Hero Award for his exceptional work raising funds and awareness for the organization. Fuck Cancer co-founder Yael Braun will receive the Barbara Berlanti Vanguard Award for her ground breaking work engaging influencers and young adults to get educated about the importance of prevention and early detection, while supporting those fighting cancer with innovative and accessible resources. Patrons of the gala will be treated to a very special performance by award-winning, world-renowned recording artists Ariana Grande and Kristin Chenoweth, as well as additional performances by Jeff Garlin and other surprise guests!

“We are absolutely thrilled to be hosting our first ever Barbara Berlanti Heroes Gala honoring the tremendous work that F*ck Cancer is doing to provide access to resources for early detection, prevention, and psychosocial support to cancer patients and their families,” said Gala Chairman Greg Berlanti. “My mother Barbara was the most charitable person I ever knew and there is no better way to honor her and her memory than through a night of fun and giving back to this incredible organization. And to be able to recognize champions like Stephen and Yael who are helping to push this important organization forward, will be a highlight of what is sure to be an unforgettable night.”

Stephen Amell plays Oliver Queen/Green Arrow in The CW’s series “Arrow.” Joined by his team, Oliver protects the streets of Starling City as the Green Arrow. Amell starred opposite Megan Fox in the feature film “Teenage Mutant Ninja Turtles: Out of the Shadows,” which hit theatres in June 2016. He also was seen in the television movie “Vixen: The Movie” playing the voice of The Arrow. Amell played the role of Joran Van Der Sloot in Lifetime’s “Justice for Natalee Holloway,” which told the true story of Beth Holloway’s quest to bring Joran, the presumed killer of her daughter, to justice. Amell received praise for his chameleon-like role as the Dutch sociopath.

On the small screen, Amell appeared opposite Zooey Deschanel on “New Girl,” and had a recurring arc as EMT Scotty on the series “Private Practice.” In the final season of the series “Hung,” Amell joined the cast as Jason, a young gigolo who becomes the competitor of Thomas Jane’s character, Ray. Other notable guest star appearances include “CSI: Miami,” “NCIS: LA,” and The CW’s “Legends of Tomorrow,” “The Flash,” “Supergirl,” “The Vampire Diaries” and “90210.” In the fall of 2007, Amell won a Gemini Award for Best Actor in a Guest-Starring Role for his work in “Regenesis,” a dramatic series on Canada’s The Movie Network.

Yael Braun is the founder of parenting community Motherlucker, which she began after her first son, JJ, was born in 2015. The site found its popularity through a more honest approach to sharing the exhausting and hilarious journey of new parenthood.

Yael is also the co-founder and CEO of Fuck Cancer, a nonprofit dedicated to early detection, prevention and providing support to those affected by cancer. Yael launched the health organization in 2009, after her mother was diagnosed with breast cancer. Her mission was to change the way people talk about cancer, and champion the belief that people who are diagnosed with cancer, their families, and network should have equitable access to support.

Additionally, she resides on the Board of Trustees for the Museum of Contemporary Art in Los Angeles, CA.

Born in South Africa, Yael was raised in Vancouver, Canada. She attended the University of British Columbia where she received a B.A. in Political Science. Yael is married to American music manager Scooter Braun, and they currently live in Los Angeles with their two sons.

Funds raised from the gala will go towards Fuck Cancer’s On-the-Ground Programs including:
• The Not US Campaign – reduces HPV-associated cancers by increasing screenings and vaccinations and by engaging high school health advocates;
• The Take Charge Campaign – provides a resource for cancer patients concerned about their fertility and provides them with resources, options and questions to ask their doctor;
• The Keep Joy Alive Campaign – reduces colon cancer incidence and mortality in African Americans through a media campaign and promoting increased screening;

Tickets for the Barbara Berlanti Heroes Gala are available now.

Get schooled in rock with a private music lesson from Jack Black at the Tenacious D Headquarters in Los Angeles. More →