Thousands Will Stand in Solidarity Against Cancer on October 19th 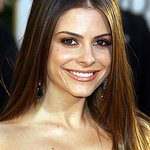 On October 19, 2018, thousands of people across the country will stand in solidarity with those affected by cancer as part of National Be Bold, Be Bald! Day.

Founded in 2009, Be Bold, Be Bald! is a social movement during which participating individuals either rock a Be Bold, Be Bald! cap from the time they get up to the time they go to bed, or sponsor someone who does, to raise awareness and funds for cancer fighting charities across the country. Since inception, the movement has swept the nation, becoming a show of strength for anyone touched by the deadly disease. To date, Be Bold, Be Bald! has raised over one million dollars to fight cancer. Be Bold, Be Bald! supports over fifty beneficiaries of all sizes including Dana Farber Cancer Institute, A Moment of Magic, the Leukemia & Lymphoma Society, Shred Kids Cancer, the National Brain Tumor Society and many, many more.

“We’re looking to make this year’s Be Bold, Bald Day! better than ever before,” says founder Jeff Freedman, founder of the movement and owner of Boston-based advertising agency Small Army. "We’re excited to have even more beneficiaries, participants and sponsors join Be Bold, Be Bald! in fighting cancer.

In 2007, the Small Army family was hit with a tragic blow when co-founder and Creative Principal Mike Connell lost his battle with cancer. Faced with their grief and concern for the future of the agency, the Small Army team channeled Mike’s passion to keep their business alive, and dedicated themselves to giving back to those touched by cancer. In Mike’s honor, they started Be Bold, Be Bold! and Small Army For A Cause, a 501c3 that raises and distributes funds to a beneficiary network of cancer-related charities. “Witnessing Mike’s heroic, two-year fight, we saw firsthand the courage and strength cancer patients have,” says Freedman. “He inspired us to continue that fight ourselves – and to do so in a way that would truly represent the boldness of Mike and his ideas.”

Anyone can join the Be Bold, Be Bald! movement. Survivors, individuals, families, businesses, and even celebrities have all showed support by rocking a bald cap, sponsoring a participant, and helping raise awareness including television hosts Maria Menounos and Joan Lunden, actresses Jessica Szohr and BK Cannon, rocker Peter Wolf, sports stars from the New England Revolution, New England Patriots’ stud Julian Edelman and many more.

Those looking to get involved in Be Bold, Be Bald! can do so in three ways: Support by making a donation or sponsoring someone going bald, Sport a bald cap in solidarity, and Spread the word about the movement through your various social networks. For more information or to get involved, please click here.