The honorees were selected for exhibiting extraordinary bravery and courage as they reported from areas of instability, oppression and conflict. Since its inception in 1990, the IWMF has honored more than 100 female journalists from 55 countries. The Courage in Journalism Awards show people that female journalists are not going to step aside, cannot be silenced, and deserve to be recognized for their strength in the face of adversity. It honors the brave journalists who report on taboo topics, work in environments hostile to women, and share difficult truths.

Norah O’Donnell of CBS News and Cynthia McFadden of NBC News co-hosted the program for the third year in a row.

“I really hope this award sends a message to any other women out there, who are struggling. That we do belong back at the frontlines. That we get to decide where we belong. Because right now we can’t afford to lose any women’s voices” said CNN International correspondent, Nima Elbagir.

The 2018 award winners also are being recognized in Washington, DC on Thursday, November 1, 2018 in a dinner ceremony hosted by Judy Woodruff (PBS NewsHour) and Suzanne Malveaux (CNN). 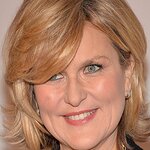 Cynthia McFadden to be Honored with the Heart of a Champion Award at the HeartShare Spring Gala Feb 16, 2022

What do a network news correspondent, an entrepreneur and an attorney have in common? They’re all part of HeartShare’s extended family and they will each be honored at the 2022 HeartShare Spring Gala, Forever Family, on Monday, March 21, 7 p.m., at New York City’s legendary Ziegfeld Ballroom. More →