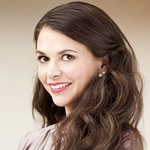 The Humane Society of the United States announces that Tony award-winning actress and singer Sutton Foster will host the 2018 To the Rescue! New York Gala on November 9.

The gala supports the rescue, care, placement and potential rehoming of thousands of animals every year.

Foster has appeared in 11 Broadway shows and is a two-time Tony Award winner for Best Performance by a Leading Actress in a Musical in “Anything Goes” and “Thoroughly Modern Millie.” She currently plays Liza in the critically-acclaimed TV Land series, “Younger,” and previously starred in “Bunheads” and “Gilmore Girls: A Year in the Life,” among other notable credits. Additionally, she recently released her third solo album, ‘Take Me to the World’.

Foster is a passionate animal advocate. She adopted a rescue dog named Mabel from Texas and has shown her compassion for helping animals by participating in Broadway Barks, an adoption event co-founded by Bernadette Peters and the late Mary Tyler Moore. Along with her extensive Broadway background, Foster has delivered three albums. “Wish” (2009), “An Evening with Sutton Foster: Live at the Café Carlyle” (2011), and “Take Me to the World” (2018).

Regarding her host duties at the gala, Foster said: “I am excited to host the Humane Society of the United States’ gala. Animal welfare has always been a passion for me, and to help raise money for heroic efforts to save animals who would otherwise have no one to help them is truly an honor. I hope that our work at the gala raises funds to save thousands of additional animals in the United States and around the world.”

For tickets to the To the Rescue! NY Gala 2018 visit humanesociety.org/totherescueny.

Global non-profit Captain Planet Foundation has announced that Jane Fonda, Bill Nye, and Jerome Foster II are to be recognized for their outstanding work as real-life environmental heroes at the organization’s 30th Anniversary Gala on Saturday, March 19, 2022 in Atlanta. More →
More news →