Kelsey Grammer To Be Honored At Talk Of The Town Gala 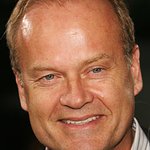 The gala benefits breast and prostate cancer research at the John Wayne Cancer Institute at Providence Saint John’s Health Center. ABCs president Gloria Gebbia is proud to announce that Major Scotty Smiley; author, Wounded Veteran and the Army Times “Soldier of the Year”, will be honored with the Spirit of Hope Award. Emmy, Golden Globe and SAG award winning actor, Kelsey Grammer will receive the Spirit of Entertainment Award. Legendary performers The Jacksons will provide entertainment and actor and comedian JB Smoove will emcee. Sheri A. Rosenblum returns as gala chair. The gala includes silent and live auctions.

“We are very proud to honor Major Scotty Smiley and Kelsey Grammer at this year’s Talk of the Town. We are extremely grateful that these two extraordinary men are joining us in our efforts to raise awareness and support of our mission to find a cure for breast and prostate cancer,” said ABCs president, Gloria Gebbia. “For more than 29 years the ABCs have been dedicated to raising much needed funds to continue the life-saving research being conducted at the John Wayne Cancer Institute, with the support of individuals like our honorees.”

“The Institute is grateful to our wonderful, dedicated supporters like Gloria Gebbia and the ABCs,” said Patrick Wayne, chairman of the Board of the John Wayne Cancer Institute and son of the legendary actor John Wayne. “This ongoing commitment enables our physicians and scientists to continue their groundbreaking cancer research for early detection and new treatments, providing hope to cancer patients everywhere.”

Major (Retired) Scotty Smiley will be honored with the Spirit of Hope Award. Smiley became the first blind active-duty officer in military history following a face-to-face confrontation with a suicide car bomber in Iraq in 2005. After his injury, Scotty’s faith led him to forgive his attacker and inspired him to rebuild his life while continuing to serve his country in the U.S. Army. After earning an MBA from Duke University, Major Smiley returned to West Point to teach. He was named the Army Times 2007 “Soldier of the Year” and won an ESPY award in 2008 for “Best Outdoor Athlete.” He is the recipient of a Bronze Star, a Purple Heart, and the Army’s prestigious MacArthur Leadership Award, and retired from the military in 2015. After the loss of his eyesight he has learned to surf, gone skydiving, climbed Mt. Denali, and became an Ironman. Smiley wrote his book Hope Unseen about his journey through overcoming adversity and now travels the country sharing his message of perseverance, courage, and hope. Currently, Smiley is an investment banker at Drexel Hamilton and is a regular guest on news networks such as NBC, CBS, and Fox.

Spirit of Entertainment Award honoree Kelsey Grammer is well known to a global audience as an actor, producer and director. A six-episode arc as the beloved Dr. Frasier Crane on “Cheers” became the cornerstone of the Juilliard-trained actor’s career. Grammer played the celebrated character in three different television series (“Cheers,” “Wings” and “Frasier”) over a span of 20 years. Grammer has won six Emmys, three Golden Globes and a SAG Award and has received an unparalleled 18 Emmy nominations, eight Golden Globe nominations, 16 SAG nominations and one Tony nomination. Grammer can currently be seen in the Netflix original film “Like Father,” and is shooting his next film “Grand Isle” at this moment. Grammer’s next project will be the timely and powerful new series “Proven Innocent” for FOX about a legal team that takes on cases involving wrongful convictions. On stage, Grammer was most recently seen at the Hollywood Bowl in “Beauty and the Beast” voicing Lumière alongside an all-star cast in a two-night limited run of a live performance of Alan Menken’s music that accompanied a screening of the classic, animated Disney film. He also joined the 2018 season of the L.A. Opera in a limited run of Leonard Bernstein’s operetta “Candide,” which ran January–February 2018, playing the dual role of Pangloss and Voltaire. Grammer is generous with his time, talent and capital. He is an advocate for domestic abuse survivors and provides support for the efforts of Broadway Cares/Equity Fights AIDS, the American Red Cross, the Center for Autism and Related Disorders, Oceana, the USO, and the Los Angeles Police Memorial Foundation, and others.

The ABCs was formed 28 years ago by a group of dedicated philanthropists who had originally been associated with the Eddie Cantor Charitable Foundation, an organization that supported a variety of causes. These individuals wanted to devote all their charitable efforts and resources to eradicating cancer and unanimously chose to support progressive and innovative breast cancer and prostate cancer research at the John Wayne Cancer Institute. Today, the Associates for Breast and Prostate Cancer Studies are over 150 members strong and growing. They dedicate their efforts to funding research in breast and prostate cancer at the Institute, and since 1990, have raised more than $15 million.