The Blues Brothers Are On A Mission For Charity 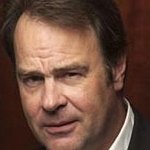 Legendary R&B soul revivalists, Elwood Blues and Zee Blues, have announced their first public performance in over two decades! Yes, The Blues Brothers will take the stage with the Sacred Hearts Band on February 7 in Atlanta for the Blues Brothers Formal Classic Revue – On a Mission From G-d Charity Event and Live Show.

The Blues Brothers Band features original member Dan Aykroyd as Elwood Blues and Jim Belushi as Zee Blues (Belushi’s late older brother John was Jake Blues in the original lineup). During the show, there will be a silent auction, or fans can bid by visiting the auction on-line to score such items as a five-day Caribbean getaway, tickets to Season 8 of Fox’s “American Idol,” tickets to “The Daily Show With Jon Stewart,” an autographed R.E.M. guitar, an autographed Dan Marino jersey and autographed official Blues Brothers memorabilia.

Proceeds from the show/auction will go to Hillels of Georgia, a multi-campus culture and lifestyle student organization. Tickets are $55-$75. Special VIP tickets are $180-$1,000, which includes VIP seating, green room access and Blues Brothers merchandise.

Tickets are available by calling 404-727-2089 or visiting the Blues Brothers website.