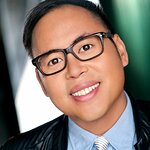 The announcement will be hosted by Mj Rodriguez (FX’s Pose) and Nico Santos (Crazy Rich Asians, NBC’s Superstore). GLAAD is an Institute Associate of Sundance and will also host on-the-ground events during the 2019 Sundance Film Festival to raise visibility of LGBTQ-inclusive films and LGBTQ filmmakers.

The nominee announcement for the 30th Annual GLAAD Media Awards, hosted by AT&T, will be live-streamed on GLAAD’s Facebook page on Friday, January 25 at 10:00am ET.

The GLAAD Media Awards honor media for fair, accurate and inclusive representations of LGBTQ people and issues. The 30th Annual GLAAD Media Awards, presented by Delta Air Lines, Gilead, and Ketel One Family-Made Vodka, ceremonies will be held in Los Angeles on March 28, 2019 at The Beverly Hilton and in New York on May 4, 2019 at the New York Hilton Midtown.

“The images and stories recognized by the GLAAD Media Awards over the past 30 years raised the bar for LGBTQ inclusion in the media industry and furthered acceptance among countless audience members,” said Sarah Kate Ellis, GLAAD President and CEO. “The 30th anniversary of the GLAAD Media Awards will celebrate outstanding new LGBTQ talent like Mj and Nico who break through industry glass ceilings while celebrating the lengths we have come in LGBTQ representation across media.”

Mj Rodriguez stars as Blanca in “Pose” on FX. “Pose” stars the largest cast of transgender actors in television history and was nominated for a Golden Globe Award for Best Television Series – Drama and a Critics’ Choice Award for Best Drama Series. In 2018, Rodriguez made her Tribeca Film Festival debut starring in “Saturday Church,” a performance which earned her a Tribeca Film Festival Nomination for Best Actress. She has also appeared in Showtime’s “Nurse Jackie” and Netflix’s “Luke Cage.” Rodriguez made her Off-Broadway debut in New World Stages production of RENT, before continuing onto New York City Center to star in Encores! production of Runaways and in The American Repertory Theater’s ExtraOrdinary.

Nico Santos stars as Mateo, an undocumented gay Filipino employee, in NBC’s hit comedy “Superstore.” For the role, he was recently nominated for a Critics’ Choice Award. Santos also appeared in the SAG and Golden Globe-nominated “Crazy Rich Asians,” which received the Critics’ Choice Award for Best Comedy. Previously, Santos has written for E! Network’s “Fashion Police” and appeared in Showtime’s “Pride Comedy Jam” as well as the series “Ground Floor,” “Mulaney” and “2 Broke Girls.” He was also a regular panelist on “Chelsea Lately.”

AT&T’s commitment to equality and inclusion for the LGBTQ+ community began in 1975, when the company became one of the first American corporations to adopt a policy prohibiting discrimination against employees based on sexual orientation. AT&T also has a long-standing commitment to fostering an inclusive workplace. LEAGUE at AT&T (Lesbian, Gay, Bisexual, Transgender and Allies Employee Organizations of AT&T) is one of the oldest LGBTQ+ Employee Resource Groups (ERG) in the nation. In 1998, AT&T adopted one of the first domestic partner benefits programs for LGBTQ+ employees. In 2006, AT&T was one of the first U.S. corporations to offer transgender-inclusive health care benefits. In 2018, AT&T announcement a multi-year commitment to support The Trevor Project’s expansion of their TrevorText and TrevorChat resources such that they are available 24 hours a day, 7 days a week.

Additional GLAAD-sponsored events at Sundance 2019 will include a Filmmaker Lodge panel titled “Beyond the Transition Narrative: Transgender Storytelling in the 21st Century,” taking place from 4:30-5:30 p.m. on Tuesday, January 29, as well as a special announcement at Outfest’s Queer Brunch on Sunday, January 27.

GLAAD, the world’s largest lesbian, gay, bisexual, transgender, and queer (LGBTQ) media advocacy organization, today announced that it will host a virtual ceremony for the 31st Annual GLAAD Media Awards on Thursday, July 30 in place of the original ceremonies planned for earlier this year. More →

Kerry Washington accepts the Vanguard Award at the #GLAADawards