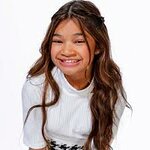 To help usher in National Donate Life Month, which is observed to spotlight the need for organ donation across the country, 11-year-old shining star and singer Angelica Hale will host an exclusive, live, online fundraiser in support of the National Kidney Foundation (NKF).

Angelica is best known for her stellar performances on America’s Got Talent! Yet, on April 4th, at 2 p.m., ET, it’s Angelica the first-ever NKF Kid Ambassador and kidney transplant recipient who will utilize her fame and her very own YouTube account – which has more than 1 million subscribers – to go live directly from her Atlanta home for the cause closest to her heart. The live stream will be part of NKF’s National Donate Life Month efforts to encourage people to register as an organ donor and to celebrate individuals who have saved lives through organ donation.

“I am so excited to be hosting this live stream for NKF!” said Angelica. “I’m hoping everyone will tune in and make a contribution to a cause I truly believe in and can definitely relate to – helping people with kidney disease.”

Angelica first caught the eye of NKF in 2017 as a contestant on America’s Got Talent! She auditioned then received the coveted Golden Buzzer – making her an early fan-favorite and an eventual runner up. During the show, Angelica talked about how living organ donation saved her life when she received a lifesaving kidney transplant from her mother. This year, on America’s Got Talent! Champions, she became the first performer in the show’s history to earn a second Golden Buzzer!

Angelica has been on a mission of hope, encouraging others as often as possible to consider living organ donation and by advocating for legislation for better outcomes for the 30 million Americans affected by kidney disease. The April 4th live stream will last for as long as public participation continues, from 30 to 60 minutes. While the live stream will only take place on that one day, the #KidneyStrong fundraiser will continue until September 13, 2019, which will mark the 6th year anniversary of Angelica’s kidney transplant.

Angelica will be hosting this event also as part of Team Kidney – NKF’s Do-It-Yourself fundraising program that empowers supporters to fundraise however, whenever, and wherever they choose. Fundraisers create a Team Kidney web page that they can customize to share their story and their fundraising idea, and to collect donations online. Fundraising campaigns range from running a marathon, honoring a loved one’s memory, hosting a bowling tournament, celebrating a birthday, and much more.

Those interested in participating in #KidneyStrong can start a fundraising campaign in April to celebrate their transplant and leave enough time in advance of their actual anniversary to raise funds.
For more information on #KidneyStrong or to set up an account, please click here.