Camila Cabello to be Honored at Save the Children Centennial Celebrations 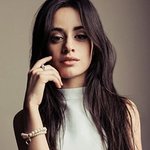 Save the Children, the international humanitarian organization, today announced that Grammy-nominated singer-songwriter Camila Cabello will be honored at “The Centennial Gala: Changing The World for Children” in New York City, while Chairman and Chief Executive Officer of The Walt Disney Company’s Robert A. Iger will be honored at the “Centennial Celebration: Once in a Lifetime” in Los Angeles.

Both events are a culmination of the organization’s 100th year anniversary and will celebrate Save the Children’s mission to do whatever it takes for the most vulnerable children in the United States and around the world.

The New York City event, which will take place on September 12, 2019, at Manhattan Center’s Hammerstein Ballroom, will be hosted by Hoda Kotb and Savannah Guthrie, co-anchors of NBC News’ TODAY, and produced by Jim Bell, veteran producer at NBC and Showrunner of The Tonight Show Starring Jimmy Fallon and President and Executive Producer of NBC Olympics. Co-chairs of the star-studded event include Catherine Oppenheimer and Tracy Stuart.

Save the Children will present the Voice Award to Camila Cabello for her extraordinary dedication to speaking up on behalf of the world’s most vulnerable children. She has supported Save the Children’s humanitarian relief efforts on the conflict in Syria and used the power of her incredible voice to launch a “Love Only” charity T-shirt campaign on International Day of the Girl in 2016. In 2018, Cabello visited Save the Children’s programs in Puerto Rico, and donated proceeds from her concert in San Juan to the organization’s Hurricane Maria relief efforts. Following her visit to Puerto Rico, Save the Children named Cabello its newest Ambassador. Through her unwavering commitment to stand up for children in need, Cabello has cemented her status as a leader of her generation in shaping the future of philanthropy.

The celebration then moves across the country to The Beverly Hilton Hotel in Los Angeles on October 2, 2019 for a second event. Film executive, producer, director and Save the Children trustee Joe Roth will be the event’s producer. The event will feature a special presentation by Oprah Winfrey, who will present the Centennial Award to The Walt Disney Company Chairman and Chief Executive Officer Robert A. Iger. The Centennial Award is presented to an individual whose commitment and effort over time creates change for children that lasts a lifetime. Iger will be recognized for his continuous efforts to improve and protect children’s lives, every day and in times of crisis, and to lift the spirits of children and families around the world. Under Iger’s leadership, The Walt Disney Company partners with Save the Children to facilitate prepositioned supplies in areas vulnerable to disaster, and his vision for the Company has resulted in generous contributions to specific global emergencies.

“To commemorate the extraordinary progress we’ve made for children during our 100 years, we’re bringing together our supporters on both the east and west coasts,” said Carolyn Miles, CEO of Save the Children. “Together, we’ll celebrate our accomplishments and use our collective influence to bring attention to the work that still needs to be done to give children in the United States and around the world a healthy start in life, the opportunity to learn and protection from harm.”

Over the past 100 years, Save the Children has changed the lives of far more than 1 billion children, reaching 155 million children in 2017 alone. As the world’s leading expert on children, with operations in almost 120 countries including the United States, Save the Children has an unparalleled ability to not only develop and test innovations, but dramatically scale what works, creating lasting, transformative change for children. In commemoration of the 100th anniversary, Save the Children launched The Promise of Childhood Campaign, a fundraising effort to raise $100 million to accelerate our work today and ensure our programs for tomorrow.

Johnson & Johnson is the Presenting Sponsor for the New York event. The Walt Disney Company is the Centennial Celebration presenter for the West Coast event. More details on each of the galas, including additional honorees, presenters, and performers, will be announced in the coming weeks. For more information, please visit www.SavetheChildren.org/Gala.