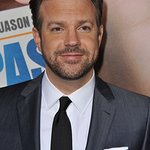 The Ad Council has joined forces with Sony Pictures Animation/Rovio Entertainment’s The Angry Birds Movie 2 to inspire young girls to use science, technology, engineering and math (STEM) to envision, invent and create a better world.

The new PSAs (public service advertisements) are an extension of the Ad Council’s She Can STEM campaign, which encourages girls to pursue their STEM passions by challenging obsolete stereotypes and surprising girls with how cool, unexpected and inspiring STEM can be.

The PSAs feature Silver, a dazzling young bird who is the smartest engineer at the Avian Academy. The highly accomplished Silver uses her STEM expertise to help save Bird and Pig Island. PSA assets direct viewers to @SheCanSTEM on Instagram to learn more about the campaign and resources for girls who are interested in STEM.

“The new PSAs wonderfully capture the maker spirit and the heights our imaginations can take us when it’s coupled with STEM skills,” said Lisa Sherman, President and CEO of the Ad Council. “We’re excited to team up with Sony Pictures Animation/Rovio Entertainment’s The Angry Birds Movie 2 to bring the fun, inspiring story of an engineer to girls across the country.”

Women make up half of the total college-educated workforce in the U.S., but they only constitute 25 percent of the STEM workforce, according to the U.S. Department of Commerce. Research shows that many girls lose interest in STEM as early as middle school, and this path continues through high school and college, ultimately leading to an underrepresentation of women in STEM careers.

“Silver is the perfect poster bird for girls in STEM – she’s a positive role model for young girls who will inspire them to create their own paths,” said Jeffrey Godsick, EVP of Brand Strategy and Global Partnerships for Sony Pictures. “We’re thrilled to be continuing our long-term collaboration with the Ad Council, and the Angry Birds – voiced by the hilarious ensemble cast – makes these PSAs a terrific win-win.”

The flightless Angry Birds and the scheming green piggies take their beef to the next level in The Angry Birds Movie 2! When a new threat emerges that puts both Bird and Pig Island in danger, Red, Chuck, Bomb, and Mighty Eagle recruit Chuck’s sister Silver and team up with pigs Leonard, his assistant Courtney, and techpig Garry to forge an unsteady truce and form an unlikely superteam to save their homes.

The PSAs will run in donated time and space, per the Ad Council’s model. The assets are available in TV out-of-home formats nationwide. Previous Ad Council promotional partnerships with Sony Pictures include PSAs featuring A Dog’s Way Home and Shelter Pet Adoption, Spider-Man: Into the Spider-Verse and Bullying Prevention, and Hotel Transylvania 3: Summer Vacation and Fatherhood Involvement.

The Angry Birds Movie 2 debuts in U.S. theaters on August 14.

About The Angry Birds Movie 2
The flightless Angry Birds and the scheming green piggies take their beef to the next level in The Angry Birds Movie 2! When a new threat emerges that puts both Bird and Pig Island in danger, Red (Jason Sudeikis), Chuck (Josh Gad), Bomb (Danny McBride), and Mighty Eagle (Peter Dinklage) recruit Chuck’s sister Silver (Rachel Bloom) and team up with pigs Leonard (Bill Hader), his assistant Courtney (Awkwafina), and techpig Garry (Sterling K. Brown) to forge an unsteady truce and form an unlikely superteam to save their homes.

Los Angeles based nonprofit, If You Heard What I Heard, is proud to announce the release of Josh Gad's interview as part of its digital story-telling collection to preserve Holocaust memory and make it relatable for today. Gad’s interview is one of 40 interviews in total and is the nonprofit’s first celebrity interview since launching in April, 2021. More →