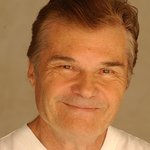 Fred Willard is uncharacteristically somber in a new campaign for PETA that shines a spotlight on the suffering of fish forced to spend their entire life in a bowl, with no stimulation or companionship.

In the video, Willard lies on a therapist’s couch as he sadly describes feeling “lonely,” like he’s going “around and around in circles,” and like his world is “so small,” before the camera zooms out to reveal that he’s actually a fish languishing in a cramped bowl.

In an accompanying Q&A session, Willard explains, “Fish don’t get the respect they deserve.” Often, they’re tossed into little bags or containers and sold to people or given to children who are unprepared to meet their needs. He continues, “They just toss ’em in a little bowl at home and drop some food in and forget about ’em. Fish should be left in their natural habitat.”

PETA — whose motto reads, in part, that “animals are not ours to use for entertainment or abuse in any other way” — notes that approximately 95% of the saltwater fish sold in pet shops are taken from the wild and about 90% of freshwater ones are raised on filthy, severely crowded fish farms. PETA has released a video exposé revealing that listless, sick, and dead betta fish were found floating in minuscule, barren plastic containers with low water levels at Petco stores. Bettas are often starved for days during transport to stores, and many die in transit.

Willard’s previous campaigns for PETA include a video in which he learned to speak “dog” for National Pet Month and another in which he urged fans to have their animal companions spayed or neutered.