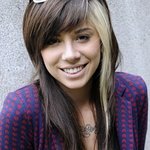 Through an anthem spot and four personal story videos, the artists share their own personal experiences of how starting a conversation about mental health with friends has impacted their lives. Throughout September, the national public service campaign in partnership with, the American Foundation for Suicide Prevention (AFSP) and The Jed Foundation (JED) will activate on digital, social and media platforms popular among teens and young adults to encourage them to reach out to a friend who might be struggling.

Suicide is the second leading cause of death among young adults and for every youth suicide it is estimated that 100-200 others attempt suicide. Young adulthood is a critical time when many people experience mental health issues as well as significant stress from life transitions such as gaining more independence and responsibility when moving from home and beginning college or a career. Many young adults will be returning to school or departing for college for the first time this September, making the Seize the Awkward message of checking in with a friend especially timely and relevant.

“This extraordinary group of musicians and major digital platforms gives us the opportunity to authentically reach and engage teens and young adults throughout the country,” said Lisa Sherman, President and CEO of the Ad Council. “Each of these musicians has an impactful, relatable story that will hopefully encourage young adults to start important and potentially life-saving conversations.”

The digital-first creative content, including social videos produced with award-winning digital studio Portal A and radio spots, features four popular musicians with a total social audience of nearly 20 million people. In addition to starring in the videos, Aminé, Hayley Kiyoko, Christina Perri and Lindsey Stirling will also be amplifying their own personal stories across their platforms. By demonstrating true vulnerability in their respective personal story videos, the artists are encouraging teens and young adults to create a safe space for their friends to open up about mental health challenges.

“We commend each of these musicians and Portal A for supporting the campaign and bringing greater awareness by sharing their personal stories of taking care of our mental health in the same way we would our physical health,” said Dr. Christine Moutier, Chief Medical Officer of AFSP. “Together, we can support each other in having conversations about struggles in our lives, and promoting help seeking and treatment when needed.”

The four musicians join a group of more than 20 digital talent and traditional celebrities including Liza Koshy, Markiplier, Hannah Hart and Tyler Posey, among others who have created content on behalf of Seize the Awkward. As trusted voices to young adults, particularly 16-to-24-year-olds, talent play a critical role in reaching the campaign target audience. Talent have amplified the Seize the Awkward message beyond their total audience of more than 50 million by creating over 30 pieces of content which have garnered more than 16.5 million views. Most recently, the campaign launched a personal video story with Billie Eilish in a month which has received more than 4 million views.

“We all have the opportunity and ability to reach out and support the mental health of others and these small actions can make a real difference,” said John MacPhee, Executive Director/CEO, JED. “We are grateful to these artists for sharing their stories with teens and young adults and encouraging us all to start a conversation about mental health with our friends who might be struggling.”
Additionally, throughout the month of September, the following digital, social and media partners will provide significant exposure and customized content for Seize the Awkward on their platforms:

Billboard: Billboard, the global destination for the latest music news, issues and trends, will donate and run a comprehensive, supporting media campaign across its extensive ecosystem including social media promotion of the musician video series.
Café Grumpy: Café Grumpy, in partnership with Facebook, will offer Instagram users 2-for-1 coffee coupons to encourage them to visit a Café Grumpy with a friend to have a conversation about mental health over a cup of coffee.
Facebook: Facebook’s Creative Shop contributed creative services and donated media for a series of unique illustrations and animated videos on Instagram demonstrating the signs of emerging mental health problems and ways to help a friend by starting a conversation.
Goodtype: On September 17th, the Instagram art community Goodtype will promote a challenge to its more than 1 million followers. Followers will be encouraged to create an original work of art dedicated to Seize the Awkward and share why it’s important to talk about mental health with a friend.
Initiative: Global media company, Initiative, is providing their expertise to support the campaign through pro bono development and execution of a custom media strategy to secure additional high-profile targeted media.
Reddit: Reddit is supporting the campaign by promoting an Ask Me Anything (AMA) with a mental health expert during Suicide Prevention Awareness Month. Participants will be able to ask questions related to mental health and how to support a friend who may be in need during the school year.
Snap: During Suicide Prevention Week (September 8th to 14th) and World Mental Health Day (October 10th), Snap will promote a custom Snapchat filter nationwide to support the campaign.
UPROXX: UPROXX, one of the largest millennial focused news and entertainment sites on the web, will be sharing the musician video series across its social platforms.

Since its launch in January 2018, Seize the Awkward has garnered 21.5 million video views and over 377,000 sessions on SeizeTheAwkward.org, where visitors can explore resources and tools to help them start a conversation with a peer around mental health. To learn more about the campaign, visit SeizeTheAwkward.org and @SeizeTheAwkward on Instagram. To get immediate, free support 24/7, call 1-800-273-8254 or text “SEIZE” to 741741.