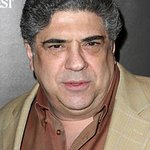 Join Vincent Pastore – best known for the role of Salvatore “Big Pussy” Bonpensiero on The Sopranos – at a special event next week to benefit the Huntington’s Disease Society of America.

The fourth annual Celebrate The City cocktail reception will take place at the Museum of the City of New York on Friday, February 6, at 6:30pm. Attendees will be treated with unlimited signature martiNYs, live entertainment, full access to the museum’s current exhibits, and a swanky gift bag – along with a beautiful New York crowd, including Broadway and film star Meredith Patterson among others.

Considered Greater New York’s quintessential fundraiser for Huntington’s Disease, the Celebrate the City MartiNY Mixer brings together scenesters, scientists, doctors and divas thanks in part to its reputation as a swanky can’t-miss soiree. The music is always fantastic, the setting is simply stunning, and the food and drinks are included in the ticket price.

The Huntington’s Disease Society of America (HDSA) is the only national non-profit organization dedicated to finding a cure for Huntington’s Disease while providing support and services. Huntington’s Disease (HD) destroys one’s physical control and mental capacity over a period of 10-15 years. Currently, one in 10,000 Americans, including 5,000 children between the ages of six months and 18 years, have already been diagnosed with Huntington’s Disease. Presently, there is nothing that can be done to slow or stop the disease’s relentless course. There is no treatment and the cure remains unknown.

Tickets are $75 and are available here?.

Earlier this week, Pastore was in Washington, DC, to entertain with the “Gift For Laughter” show for wounded soldiers at the Walter Reed Hospital. 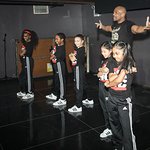 Darryl "DMC" McDaniels, Sheila Jaffe and friends, family and supporters of The Felix Organization got together at Stage 48 in New York to “Dance this Way” and raise funds to support summer camps and programs for inner-city children in the foster care system. More →