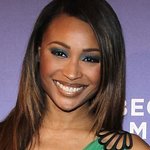 “We have a vital legacy to uphold, one that began in 1957 with the creation of ALSAC, which led to St. Jude Children’s Research Hospital opening its doors as the first integrated children’s hospital in the South,” said Richard C. Shadyac Jr., President and CEO of ALSAC, the fundraising and awareness organization for St. Jude Children’s Research Hospital. “It is with grateful hearts that we thank those in the urban, R&B and gospel entertainment community for supporting St. Jude families by increasing awareness about St. Jude to help ensure its lifesaving work endures.”

Since 2008, Urban Radio Cares for St. Jude Kids has raised more than $23 million in cash and pledges for St. Jude Children’s Research Hospital. This helps ensure, families never receive a bill from St. Jude for treatment, travel, housing or food — because all they should worry about is helping their child live.

To join the We Won’t Stop movement and receive the t-shirt, visit wewontstop.org.