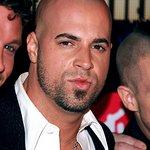 The MI Charitable Foundation’s seventh annual Summer Concert will culminate in an online performance from rocker Chris Daughtry on Saturday, Aug. 14. The event, which begins at 8 p.m. Eastern time, will be available to stream for free on the MI Foundation Facebook page, the MI YouTube channel, and at MIwindows.com.

Daughtry, whose debut album rocketed to No. 1 on the Billboard chart in 2007, has become a triple threat in the entertainment industry, working as a singer, actor, and artist.

“We’re looking forward to a fun night of entertainment for our team members, customers, and business partners nationwide,” MI CEO Matt DeSoto said. “Our charity partners will also be sharing their stories highlighting the positive impact they are making, so, it’s sure to be a tremendous evening.”

Daughtry will be preceded on the webcast by Larkin Poe, a blues rock act comprised of sisters Megan and Rebecca Lovell. The Grammy-nominated duo will perform covers and original songs.
Also on Aug. 14, there will be live concerts at five locations near MI manufacturing facilities. All five live events – in Millersburg, Pa.; Flower Mound, Texas; Prescott Valley, Ariz.; Tacoma, Wash.; and Temperance, Mich. – will feature local musical acts.

The 2021 Summer Concert will be the first one to feature both live and virtual performances. Organizers hope to surpass last year’s record donation total, which was over $440,000. The concert livestream will present numerous ways to donate. Interested parties can donate to the MI Charitable Foundation by texting “giveback” to 717-423-3255.

In 2015, the MI Charitable Foundation was founded on the belief that we all have an obligation to help our fellow citizens. The charitable foundation has committees at each of their locations that raise and donate funds for their local communities, as well as three noteworthy causes – veterans’ affairs, child wellbeing, and cancer.